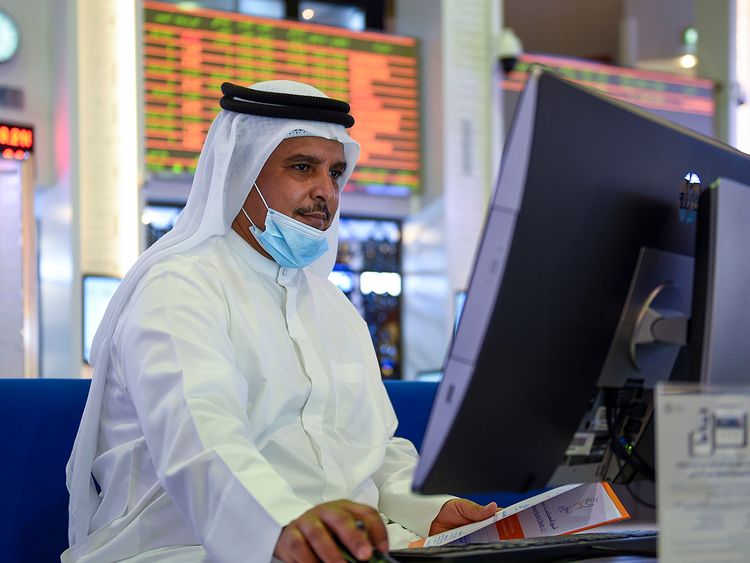 UAE equities posted a mixed performance, with ADX closing the week higher by 0.94 per cent - and powered by banking stocks - while DFM was pulled down 0.49 per cent.

Aldar Properties' shares continued its strong performance by rallying 4.5 per cent today. It’s shares have performed strongly after the company said it will offer its customers an option to pay rent by credit card from August 17 onwards.

Reward for some smart moves

The effort is latest in the part of developers to collect their pending dues from customers by offering them flexible payment solutions that match their needs. Aldar with a market cap of Dh16.66 billion is trading at high volumes these days and the share has successfully reclaimed the 200-day moving average.

Taking a cue from the Aldar, Abu Dhabi based banks also had a strong day. ADCB rose sharply by 5.56 per cent while First Abu Dhabi gained 0.18 per cent. ADIB shares were unchanged after a rally of 3.94 per cent on Wednesday. The gains in ADCB are the biggest in the recent months.

UAE based banks have been performing strongly in the past few weeks. This is partly due to the much better than expected quarterly earnings reports. When compared to 2008, banks have been much more proactive this time in taking on the crisis.

The aggregate revenue of UAE listed banks declined from Dh36.99 billion from the first quarter to Dh31.59 billion in the second quarter. Profits fell from Dh7.03 billion to Dh6.61 billion.

They witnessed a 15 percent decline in revenue while profits fell only 6 per cent due to aggressive cost-cutting efforts. The cost reduction has more to do with banks closing their branches and reducing staff numbers

Among other major corporate news, GFH Financial Group got a ruling in its favor from Bahrain Chamber for Dispute Resolution, which obliged one of the partners to return previously received fees of $20 million to the Group and rejected a claim by the same partner against the group with regard to an infrastructure project. For context, it is worth noting that in the first-half of this year, GFH had revenues of $146.5 million and posted a profit of $20.4 million. Shares of the company rallied 2.64 per cent in today’s session.

UAE stocks are likely to face a wall of resistance in the coming days. DFM and ADX will encounter stiff challenge near the 200-day simple moving average around 2,315 and 4,535 respectively Abu Dhabi based stocks are likely to attract lot of attention due to the spate of M&As creating new behemoths.