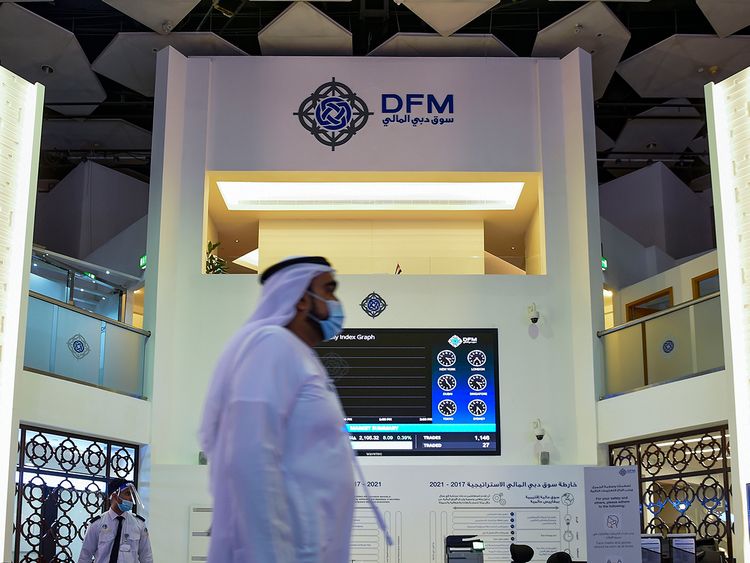 
August is over and with it the peak of UAE summer - let us take a look at the month gone by.

Through the month, DFM rallied a spectacular 9.48 per cent while ADX also performed commendably with a gain of 4.98 per cent. The biggest contributor to DFM’s rise was Emirates NBD, which shot up 22.17 per cent.

The premier UAE bank with a market capitalization of Dh68.21 billion accounts for nearly a quarter of the index. DFM’s second largest component, Dubai Islamic Bank, also performed well, with a gain of 8.75 per cent. And there were Emaar Properties and Emaar Malls, rising by 12.06 per cent and 4.51 per cent.

The story was no different on ADX with banks putting up a good show. Index heavy weight First Abu Dhabi Bank, which accounts for 38 per cent of ADX, rose 4.94 percent. ADCB gained 10.35 per cent and ADIB closed higher by 8.10 per cent for the month.

The pandemic has positively impacted the insurance companies with the fear of unknown forcing people to go for insurance plans with better coverage. Dubai Islamic Insurance & Reinsurance Co. rose sharply by 25.94 per cent, Dar Al Takaful PJSC gained 20.31 per cent, and Islamic Arab Insurance Co was higher by 16.13 per cent in August.

The best performer in ADX during August was Arkan Building Materials that rallied 51.35 per cent. National Marine Dredging Co. and Abu Dhabi National Insurance Co. rose 31.57 per cent and 22.22 per cent.

Sector-wise, on DFM, banks occupied the top slots with an aggregate gain of 13.68 per cent while insurance was the second best with 9.11 per cent. However, on ADX, real estate sector was the outperformer with a rally of 16.41 per cent, while financial services and investment came next with a 15.78 per cent gain.

With global benchmarks continuing to set new highs, UAE indices also are likely to follow suit. The arrival of new low-cost testing kits and the nearing of a vaccine launch is propping up bullish sentiments.