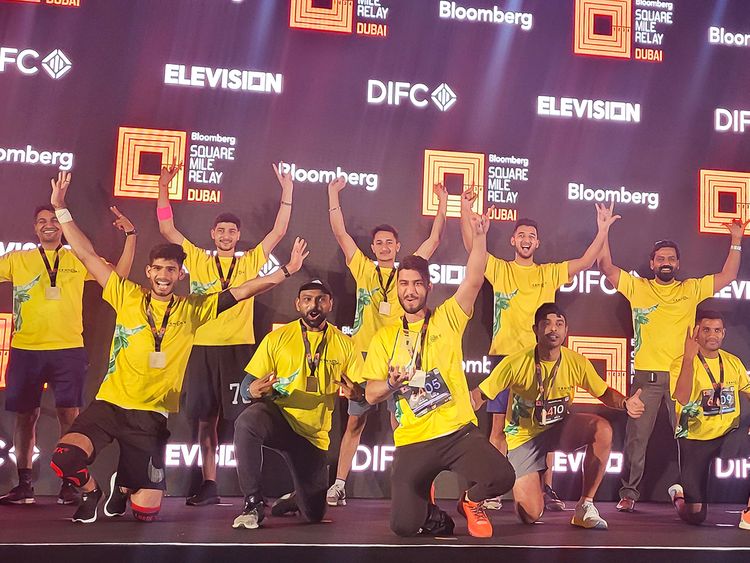 The Bloomberg Square Mile Relay is an immersive, inclusive, and purpose-driven experience that takes place in heart of 12 of the most vibrant financial cities in the world including Dubai. The event uses the power of sport and physical activity to address social challenges in each race city across the globe. This is the only global corporate relay running race of its kind that places team building, employee well-being, and local community support at the heart of the event.

Starting in front of the famous Gate Building at the DIFC (Dubai International Financial Centre), runners challenged each other for position as they navigated tight turns, sharp bends, and flights of stairs on a unique one mile (1.61km) route, synonymous with the Bloomberg Square Mile Relay. 65 corporate teams from Dubai’s biggest businesses participated, in the Sixth Bloomberg Square Mile Relay Dubai. Century Financial team came in the second position in the relay by completing their 10 laps of the one-mile course in a time of 1 hour and 40 seconds. Emirates Steel took the top spot and retained their title from previous editions followed by Skydive Dubai taking third place overall and winning the Fastest Mixed Team award!

This has been a huge jump for Century Financial team that had finished the last editions in 29th place. This year, team Century was determined to ace the relay and the team had put in a lot of hard work and efforts, supported with some wise strategy that was planned by a senior Century executive who trained and prepared the team for this success.

Every participating team in the relay also made an impact through a charity program-The Extra Mile, as a part of The Bloomberg Square Mile Relay. Every mile run by each team will contribute towards raising a $30,000 donation by the end of the event, which will be donated to their local charity partner in Dubai, UAE Food Bank, to fund their programs focused on donating food packages to communities in need and reducing food wastage in the country.

Century Financial is proud to participate and support such activity that will further contribute to making a lasting and tangible impact at a global level.