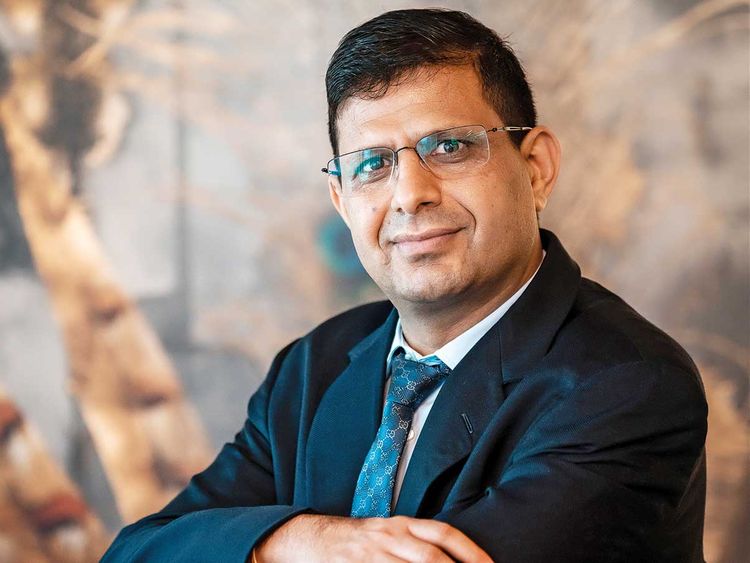 Bal Krishen is the Chairman and CEO of Century Financial. As Chief of the Company, he is responsible for ensuring the company's continued growth and upholding the company's successful track record, implementing rapid improvement strategies consistent with the company's vision.

With over 20 years of experience and expertise across various investment sectors covering bonds, real estate, equities, currencies, commodities and capital appreciation products, Krishen is an accomplished leader in mapping and designing investment portfolio strategies that have proven to be very successful.

Hailing from Jammu and Kashmir in India, Krishen had a humble upbringing as one of nine siblings in a modest family.

His rise to the top was anything but easy. He started working at an early age to support his family by doing several odd jobs. But his entrepreneurial skills were shaped when he took a risk and started a small business venture in his native town. When his father retired early, he decided to come to Dubai, aspiring to find a good job that would provide a better livelihood for his family in India.

When he first arrived in the UAE in 1996, he took on whatever job he could find, and he joined a local hotel in Dubai. In his career in the hospitality industry, he learned the fundamentals of people management and the importance of customer service. He worked his way up at the hotel to become an accountant.

Right from his childhood, Krishen has had a way with numbers. One of his frequent clients, a senior banker, was impressed with his speed and consistency with numbers and encouraged him to move into investments and finance. This gave him the impetus to seriously consider a career in the financial investment industry.

In 1999, while working within the hospitality sector, he met Sulaiman Baqer Mohebi, an Emirati entrepreneur and then President of Century Financial. Mohebi instantly became fascinated with his positive attitude, tenacity and uncompromising ambitions and asked Krishen to join his company. Krishen started as a dealer, where he assisted in the supervision of transactions across major global exchanges. He later rose to the position of Trader and Financial Analyst and eventually went on to become Head of Investment, Associate Director, Director and ultimately the CEO and Chairman of the company.

What started out as a junior role 20 years ago in Century Financial, transformed into his current position at the helm of the company.

Krishen is a successful entrepreneur and a seasoned investor himself who understands mature businesses and start-ups alike. He has developed astute skills and business acumen fostered over years of experience. He knows how to grow companies, build timeless relationships and empower people around him. His quest for excellence in every aspect of the company’s business and operations is the cornerstone of the progress made at Century. Krishen is also actively devoted to philanthropic causes highlighted by his support for various NGOs promoting human welfare in the UAE and India.

He is a devout family man and regards his wife, two sons and a daughter as his pillars. His success mantra is to eat healthily and keep up a daily routine that leads to physical and mental well-being. His typical day starts with 60 minutes of early morning yoga and meditation that help him balance his work and personal life with high energy, efficiency and enthusiasm.

Krishen believes that innovative ideas and lofty vision are meaningless if not followed up by action. His popularity is often connected to his unique style of leadership, which combines discipline, focus and a clear course of action. He is a true visionary and an inspiration for his staff, peers and associates.