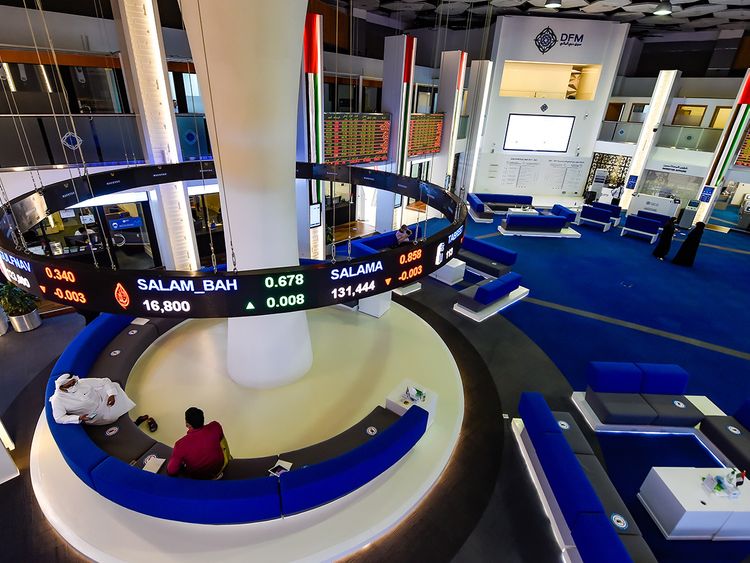 The first quarter has ended and UAE indices had a mixed performance, with DFM gaining 2.7 per cent while ADX rallied a spectacular 17.7 per cent.

The gains in ADX were driven by a 28 per cent surge in Etisalat, with a market capitalisation of Dh188 billion. Emirates NBD, the most significant constituent of DFM, rallied 11.65 per cent in the quarter, but the index performance got hit by its second and third largest companies' muted performance. Emirates Islamic Bank was virtually unchanged while Dubai Islamic declined 1.30 per cent.

Aldar Properties was the best performer among the real estate companies, with a stellar 19 per cent gain. Other property-focussed entities disappointed in a sign that oversupply is still plaguing the sector. Union Properties (down 4.6 per cent), Deyaar (6.4 per cent), Emaar Malls (7.65 per cent), Damac (7.69 per cent) and Emaar Development (8.36 per cent) were significant.

Abu Dhabi Aviation rallied 20 per cent while Air Arabia declined 1.56 per cent. Relatively high oil price augurs well for Abu Dhabi Aviation, whose principal clients are located at oil fields and other notable installations in the UAE and other Middle East states.

On the other hand, in a likely reopening play, Palm Sports rallied by 13.48 per cent in the quarter. It claims to be the world's largest jiu-jitsu training company with 330 training centres and with around 700 employees.

The notable performers among banks were First Abu Dhabi Bank (up 13 per cent) and National Bank of Umm Al Qaiwan (12 per cent). Across the world, banking shares have rallied on the rise in treasury yields.