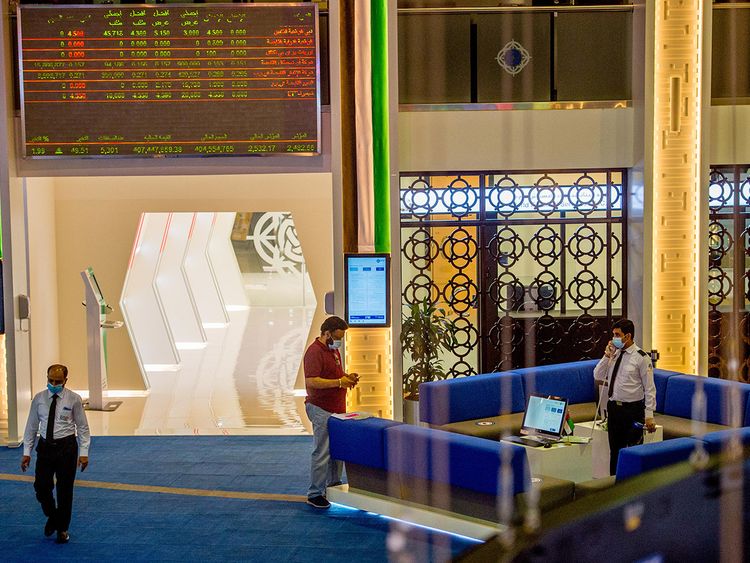 Emirates NBD, DFM's heavyweight component, crashed by 6.90 per cent during the week on Turkish lira related woes, and which in turn pulled down the benchmark index. The best performers of the week were Gulf Cement Co. (up 13.48 per cent), Abu Dhabi National Co. for Building (13.16 per cent), Foodco Holding (12.37 per cent), National Bank of Ras Al Khaimah (9.59 per cent) and Emirates Refreshment Co. (8 per cent).

United Foods Company, founded in Dubai in 1976, is a manufacturer of edible oils, fats and frozen foods. The Dh148 million market capitalised company operates a plant in Jebel Ali Industrial Area and has six major brands, including Aseel and Nawar.

United Foods Company is also the sole distributor in UAE for global brands such as Oreo, Cadbury and Mondelez ice cream. Its water brand is marketed under the 'Jeema' label. The company is also a distributor of frozen foods, importing french fries from Belgium, chilled vegetables from Egypt and Spain, and cheese from India. The products are marketed to B2B companies in over 65 countries, with Europe its largest export market.

The company, which is constantly trying to derisk its business model, had 60 per cent of revenue from exports a decade ago. Now, this is at 30 per cent. Despite the pandemic, sales in the UAE increased by 13 per cent in 2020.

Edible oils and fats grew the fastest at more than 20 per cent, and the company is projecting a 10 per cent growth in revenue for 2021. Even though United Foods is functioning in the commodities space, it is trying its best to innovate through creating new recipes for B2B clients in bakerys.

Another notable transformation effort is a move towards zero trans-fat products. Previously, the manufacturing of fats, margarine and ghee was through hydrogenation. However, today all its products are trans-fat free. United Foods also plans to diversify through the introduction of healthier beverages.

In 2020, United Foods recorded an 8 per cent rise in revenue to Dh429 million and a 20 per cent rise in net profit to Dh38.8 million. It installed 4,000 solar panels at the Jebel Ali factory, which provides around half of its energy needs. All the forklifts in its factory are now electrical.

United Foods is now reusing 99 per cent of the water for other purposes. These moves have helped in cost reduction... and a boost to profits. This year as the economy recovers, profits should rise sharply as the costs are not likely to increase much.

At the current dividend yield of 6.12 per cent, United Foods is a good choice for income investors. The shareholder-friendly management recently announced a dividend of Dh19.66 million for 2020, which corresponds to 65 fils per share. For shareholders, this is a bonanza.