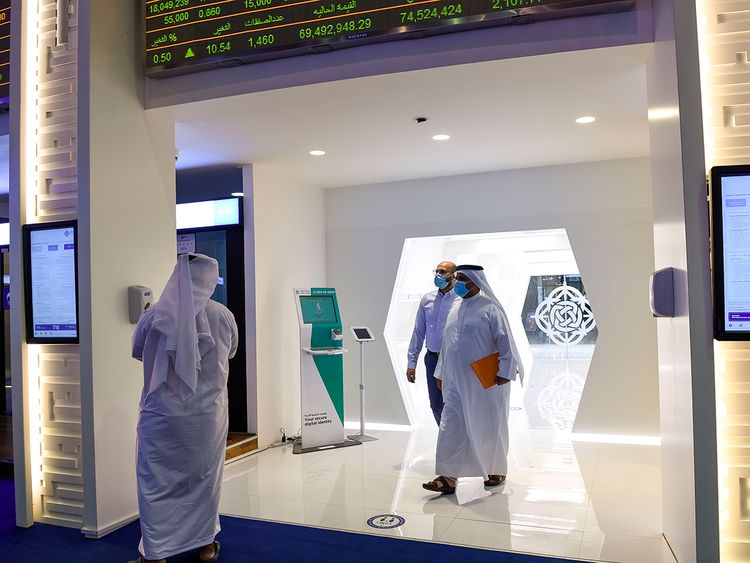 Gulf News - DXB Entertainments' is feeling the surge from investors

After a few torrid sessions, global equities had a positive start to the week - but UAE indices only had a mixed performance to show.

The DFM close higher by 0.56 per cent while ADX ended the day (September 7) 0.16 per cent lower. Both UAE indices are hovering near the 200-day simple moving average and treading cautiously due to the near 10 per cent dip in benchmark crude prices from their recent highs.

Ideally, the arrival of rapid testing kits and gradual reopening of the global economy should be bullish for the UAE economy and by extension on DFM and ADX as well. In fact, in a re-opening play, DXB Entertainments rallied by almost 17 per cent this month. The transportation sector is also getting a leg up, with Aramex surging 4.16 per cent today.

Another supporting factor for equities in the long term is the humongous liquidity unleashed by central banks. UAE equities, in particular, are supported by US Federal Reserve policies that are likely to result in Dollar debasement.

Ithmaar Holding rose another 14.97 per cent. The company had informed DFM that Bank of Bahrain and Kuwait (BBK) was exploring the possibility of acquiring Ithmaar Bank’s Bahrain operations. The acquisition might include specific assets of IB capital. Both Ithmaar Bank and IB Capital are subsidiaries of Ithmaar Holding and the asset sale news has set the stock on fire.

The best sectoral performer on ADX during the current month are the industrial sector stocks. Among them, Arkan Building materials is the star performer with a gain of more than 23 per cent. Arkan recently had a management change and had appointed Abdelaziz Asad, who was a chief operating officer, as Acting CEO.

Arkan had revenues of Dh387.4 million in the first six months of 2020, compared with Dh458.9 million in 2019. The company has survived the downturn reasonably well.

Julphar has also performed well this month. Among service sector stocks, Emirates Driving rallied by almost 15 per cent in September.

Al Madina for Finance and Investment continued its gains and rose 6.21 per cent after an appeal court in Kuwait ordered in its favour. The judgment cancelled a judicial decision of the First Degree Court ruling that the company has to pay 5.62 million dinars with interest. The amount equals Dh67.56 million and is more than the market cap of the company.