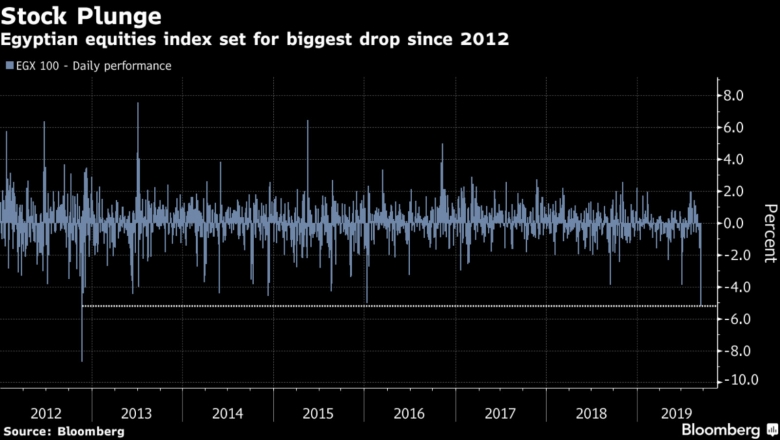 Cairo: Egypt’s stocks plummeted on concern that the small but rare protests against President Abdel-Fattah El-Sisi’s government may escalate.The main EGX30 index retreated 5 per cent as of 1:58 pm in Cairo as all 30 members of the gauge declined. The EGX100 index lost 5.5 per cent, on course for its worst day since 2012.

Meanwhile, Kuwait’s main index advanced the most since at least 2016, buoyed by gains in Kuwait Finance House KSCP, Ahli United Bank BSC and National Bank of Kuwait SAK. Kuwait’s central bank decided not to follow the rest of its Gulf peers last week in lowering borrowing costs after the US Federal Reserve cut rates, citing a desire to underpin the country’s currency, the dinar, among its reasons.