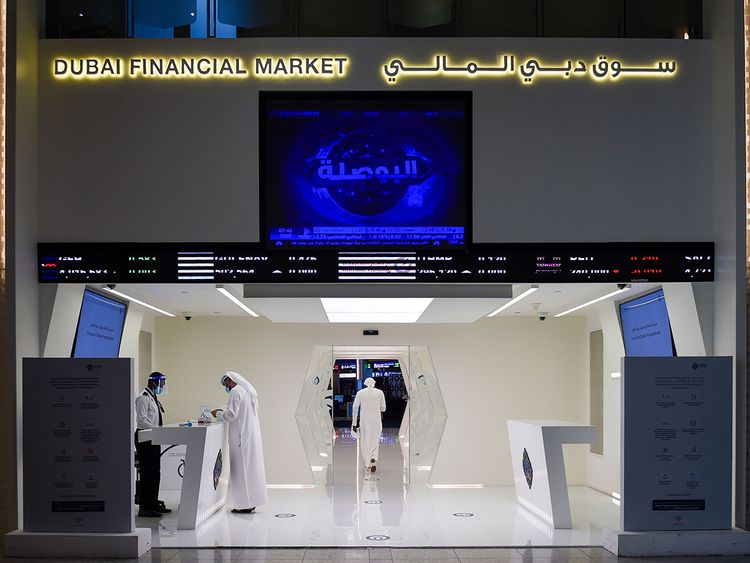 Abu Dhabi index too is on an upturn, and merger plays can provide more impetus.

The big story for the day is the spectacular 6.10 per cent rally in Emirates NBD stock price, which pushed DFM higher by 2.03 per cent. Emirates NBD is the largest component on the index. The Abu Dhabi index, ADX, closed with a gain of 0.59 per cent on August 24.

Emirates NBD closed above the 200-day simple moving average (SMA) during the last week. The average is considered to be an indicator of market sentiments and a close above that level is considered bullish. Quite unsurprisingly, Emirates NBD is trending higher on strong volumes,

The total value of shares traded today (August 24) was Dh144.27 million, more than double the average.

Given the strong performance of Emirates NBD, DFM is likely to break above its own 200-SMA at 2,315 points.

UAE markets are starting to display broad strength. This is consistent with global sentiments, which have been buoyed after optimistic vaccine data from Pfizer-Biotech. The expectation is that global economy will be having a V-shaped recovery, and consumer spending will bounce back by last quarter.

Being closely integrated, the UAE economy will benefit from these developments.

A significant development for the day was ADX closing higher than 200-day SMA. Merger and acquisition moves among the large Abu Dhabi companies have pushed the index higher.

Banks are the single largest components on DFM and ADX. The possibility of a faster pick up of the economy means businesses and consumers are less likely to default and write-offs could be lower than expected. And this would be a bullish scenario for banks.

Among other news, GFH Financial Group has increased its stake to 50.4 per cent in Bahrain’s Global Banking Corp. The acquired company has total assets of $125 million and assets under management over $500 million as at end June.