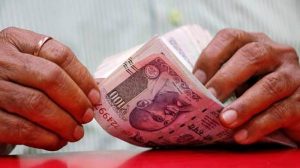 The rupee has been posting new record lows this year on the back of a strong US dollar and high crude oil prices, making it the worst performing currency among the fast-growing economies in Asia. Its Asian peers, the Philippine peso and the Indonesian rupiah, have taken a beating from the US dollar as well.

“[High crude oil price] is good news for UAE but for a consuming country like India, it is inflationary as well as a drain on foreign exchange reserve,” noted Yogesh Khairajani, investment research analyst at Century Financial.

The weakening of the Indian currency has also been due to interest rate adjustments by the US Federal Reserve and high external debt borrowings by Indian residents.

The trade war between the United States and Turkey, which has made tariffs on Turkish aluminium, steel and other commodities more expensive, is putting a pressure on the rupee as well. Then there’s the forthcoming elections in India that isn’t likely to provide support for the battered currency.

“The monetary divergence between US and India is creating pressure on rupee with the US Federal Reserve seen to be on a more aggressive rate hike path when compared to [the Reserve Bank of India],” added Khairajani.

Then there’s the forthcoming elections in India that isn’t likely to provide support for the battered currency.

“Looking at the present dynamic conditions, both economic and political, and the forthcoming India elections next year, we expect the rupee to slip further by [the first quarter of 2019],” said Manghat.

Other analysts had earlier predicted that the rupee call sink further and hit 21 against the UAE dirham by December.