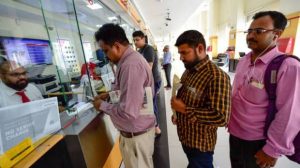 The Indian rupee could plummet further and hit more than 25 per UAE dirham over the next few years, unless policy changes are carried out to stem the currency’s slide, exchange experts told Gulf News.

The Asian currency remained weak on Thursday, staying past the 20 mark against the dirham as of 1:40pm. The rupee has been hitting fresh record lows this year and before 2019 rolls around, it is predicted to fall further to 21 versus the dirham.

Over the next five to six years, the currency could very well hit 27 for every dirham, according to Rajiv Raipancholia, treasurer at the Foreign Exchange and Remittance Group (FERG) in the UAE and CEO of Orient Exchange.

“Looking at [the Indian rupee’s] movement for the last few years, it can be assumed that the currency will continue to depreciate 5 per cent per year from here on,” Raipancholia told Gulf News.

The rupee has been considered the worst performing currency among the fast-growing Asian economies this year, although its peers, the Philippine peso and the Indonesian rupiah, have also fallen in value.

Its weakness has been due to a stronger US dollar and higher crude oil prices. Marc Faber, an economist and market forecaster, had earlier predicted that the rupee could hit 100 against the US dollar, given that India’s fiscal situation is “not particularly good.”

“[India] has large deficits and also a current account deficit as far as I know and so, either India has to increase interest rates meaningfully which would mean that the economy would be hurt or that they obviously will have a weaker currency over time,” Faber had told ET Now.

A weaker home currency is a boon for Indian expatriates in the UAE because it enables them to send more rupees to their families out of their monthly salaries.

At today’s exchange rates, Indian expats could send home approximately 20,000 rupees for every Dh1,000 and if the currency’s value plummets to 27, the remittance amount could go up to as much as 27,000 rupees per Dh1,000.

“If the rupee reaches 100 against the greenback, it will have a sizeable impact on the [dirham-rupee] exchange rate, with some estimates indicating that [the rupee] could go as low as 27 against the dirham,” said Raipancholia.

He said that while a much weaker rupee may not be great for India’s domestic inflation, Indian expatriates in the UAE will benefit from favourable exchange rates when making remittances back to their home country.

“The Indian rupee has depreciated almost at a rate of 7 per cent since 2008… Given this trend, we could see the rupee hit 100 to the dollar mark in the next six to eight years,” added Vijay Valecha of Century Financial.

“This, however, is not a doomsday scenario for a country like India as it is in line with most of the Asian emerging countries. India, which is continually trying to increase its exports and is the fastest emerging markets in the world, would not be concerned about the weakness in the rupee as long as they can keep inflation under check.”