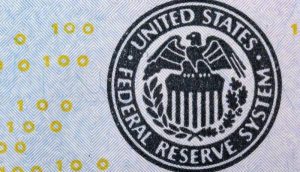 Market experts expect a subdued reaction in global equities, as they face both a rate hike from the US Federal Reserve on Wednesday and renewed concerns of over a trade conflict post the G7 meeting in Canada.

“I think there will be a muted reaction from markets as it is pretty much anticipated that Fed will raise rate. Markets will be focused on the after word and on the course of the rate hikes,” Naeem Aslam, chief market analyst, Think Markets told Gulf News.

The Fed slowly started tightening the monetary cycle from December 2015 — its first in a decade — with a small 25 basis point hike, after which they saw five rate hikes. Going ahead, experts expect two more rate hikes this year.

“There is no fear about Fed right now. The equities are back in bull phase. Traders are concerned about geopolitical events,” Aslam said.

The G7 meeting that happened last week renewed concerns on trade escalations between the major economies, even as Donald Trump, the US president, headed to Singapore to meet North Korea’s Kim Jong Un. Trump is pressuring the North Korean regime to abandon their nuclear programme, which has been a lingering concern for global equity markets.

Analysts said fear of the Fed will come in only if the US central bank were to hike rates more aggressively than expected previously.

“The Fed will come and give their prepared speech and they will go back on the stance that any increase will be data dependent. But if the Fed comes out with an aggressive statement that would make the market more nervous,” Aslam said.

The dollar, which is consolidation mode, may gain this week.

“The odds are in favour of a rate hike from the US central bank next week and investors will likely try to position for more gains in the dollar ahead of the meeting,” Konstantinos Anthis, Head of Research at ADS Securities said in a note.

The dollar rose 0.2 per cent against a basket of currencies to 93.56 on Friday, but fell 0.7 per cent for the week, its steepest weekly fall in 10 weeks.

Gold, which is considered as an alternative investment to the US currency, has been languishing in a tight range despite the unstable geo-politics, due to a stronger dollar.

“Technically, prices are trapped between 200 — day moving average at $1,307 and the medium term support trend line at $1,285. On the upside a close above $1,308 is required to push the prices higher towards $1,335, whereas on downside $1,285 is likely to act as support over the short to medium term,” Vijay Valecha, Chief Market Analyst, Century Financial said.