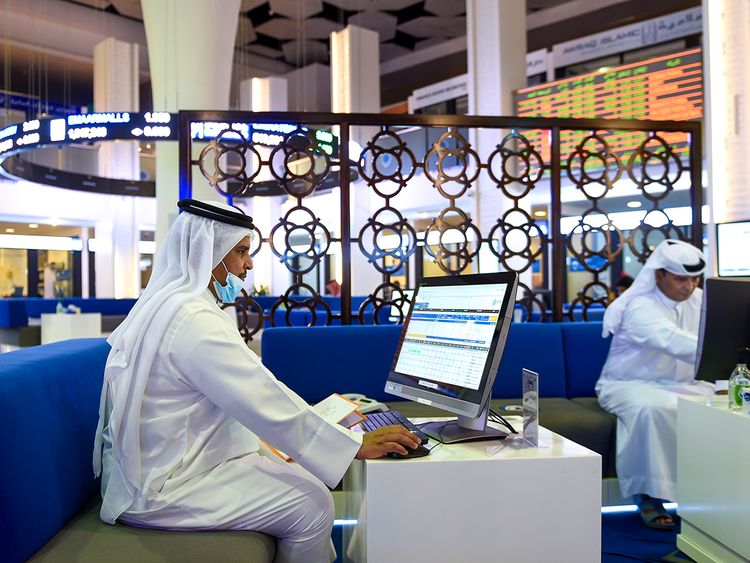 Emirates NBD had another stellar day as the stock rallied 4.32 per cent, lifting DFM higher by 1.03 per cent. The marquee bank has helped DFM post five consecutive days of gains.

The latest rally in Emirates NBD is triggered by reports of the bank planning to buy the Egypt interests of Lebanese lender Blom Bank, which has 42 branches in the country. Emirates NBD has rallied by almost 19 per cent since the beginning of the month.

Egypt with a GDP of more than $300 billion is viewed favorably by economists due to the host of macro-economic reforms in recent years.

On the charts, Emirates NBD is trading at Dh10.50, and has broken above a consolidation pattern which is bullish. The share has also closed above the 200-day simple moving average (SMA) for the first time since March 3.

Chart analysts use 200-SMA to determine general market sentiments, and if the stock closes above the average, it is considered to be an uptrend.

Emirates NBD with Dh65.69 billion market cap is the largest component of DFM and accounts for almost a quarter of the index. An upward move is bullish for DFM as a whole.

In corporate news, National Marine Dredging Company has received an offer from General Holding Corporation (Senaat), part of ADQ and one of the region’s largest holding companies, to combine with National Petroleum Construction Company. The shares of NMDC rallied by 15 per cent in today’s trade.

NPCC will be transferred to NMDC after the issuance of a convertible instrument, into 575,000,000 ordinary shares to the capital base of NMDC and representing 69.70 per cent of the issued share capital of NMDC.

The valuation of NMDC is assumed as Dh1.1 billion. The deal seems to have lot of synergies as NMDC is focused on dredging and marine civil construction, while NPCC provides EPC solutions to the onshore and offshore oil and gas sector.

It will be very much similar to the one that happened between Taqa and A Power. And it looks like NMDC is poised for Taqa-like gains also. Shares of NMDC have already rallied by more than 51 per cent this month alone.