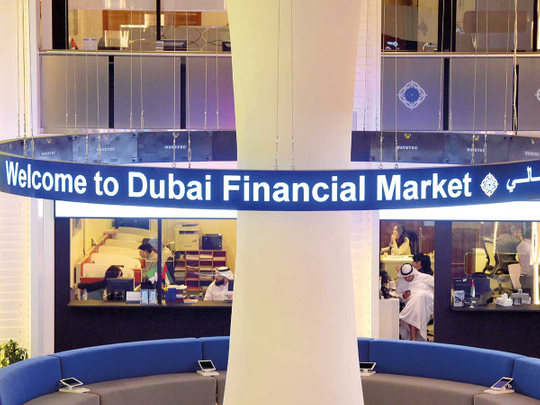 The star of the UAE stock market last week was Dubai's National General Insurance, which rallied 14.88 per cent on Wednesday. The gain came as Dubai Investments bought 21.5 per cent in it through the purchase of 32.89 million from Emirates NBD.

The shares were transacted at Dh3.27 per share, which is a 32.38 per cent premium to Wednesday's closing price of 2.47. An immediate doubt that can pop up on every investor's mind is why this massive premium?

For sure, this Dh370 million market capitalized insurer was below the radar of major UAE investors. Of the 29 listed UAE insurance companies, National General Insurance (NGI) is just the 13th biggest. It should be remembered that the biggest one, Abu Dhabi National Insurance Company, has a market capitalization of Dh2.78 billion.

As good as it gets

So it is not surprising that NGI was not getting attention. Nonetheless, this company is a diamond in the rough with stellar financials. It has almost Dh300 million of net cash on its balance-sheet and virtually no debt. So an investor buying these shares is practically getting it for free.

To top it, the dividend yield for the coming year is expected to be near 6.07 per cent. For a value investor, this is as good as it gets.

Total general and management expenses, including expenses directly attributable to underwriting activities, is Dh75.1 million compared to 2019's Dh75.8 million. This performance helped the company report a net profit of Dh46.1 million against Dh17.5 million for 2019. The jump in net profit was to the tune of 63.42 per cent.

Underwriting profit was Dh47.7 million in 2020 compared with Dh34.5 million, an increase of 38.1 per cent. NGI has a stellar set of numbers. It is not surprising that Dubai Investments jumped into the investor bandwagon - and it might be worthwhile for investors also to follow suit.

After all, the investment is a stamp of approval for Dubai's insurance sector. Moreover, with an expected dividend yield above 6 per cent, the investor gets paid to wait.