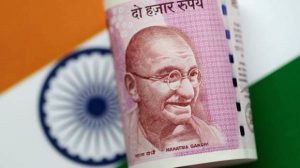 Indian expatriates in the UAE can continue to enjoy a windfall from their weak currency this week, with the rupee now trending again lower versus the dirham and the US dollar.

After recovering slightly over the past few days, the Indian rupee fell to its lowest level in nearly three weeks at 20.18 per dirham on Wednesday, not far from its all-time low of 20.27 last October 11.

The rupee had earlier recovered its losses in the last few days and stayed below the 20 mark against the UAE currency. Also on Wednesday, the rupee closed at 74.13 against the US greenback.

The Asian currency suffered a setback just after reports that Reserve Bank of India Governor Urjit Patel may quit his post. The speculation sparked a sell-off in the rupee, according to a Reuters report.

The favourable exchange rates couldn’t have come at a better time for the non-resident Indian community in the UAE, as expatriates would normally rush to the exchange houses to remit money during payday.

“While this may not be great for India’s domestic inflation, Indian expats will benefit from favourable exchange rates while sending money,” Rajiv Raipancholia, treasurer at the Foreign Exchange and Remittance Group (FERG) had said.

He said that considering how the rupee has performed over the last few years, it can be assumed that the currency will continue to weaken at a rate of 5 per cent every year.

“Even if we look as far back as 30 to 30 years, the graph supports this assumption,” he added.

Analysts had earlier predicted that the rupee could hit as much as 100 per dollar or 27 per dirham.

The rupee has been taking a beating from the US dollar and emerged as the worst performing currency among the fast-growing economies in Asia this year. A strong American currency and higher crude oil prices have been blamed for the rupee’s persistent fall.

“The Indian rupee has been caught up in a feud between the government and its central bank, Reserve Bank of India (RBI). This is not exactly a rare event across the world and we can find multiple examples of turf war, especially in democracies,” said Vijay Valecha of Century Financial.

“In the case of India, it is facing several crucial state elections in November and a very important national level poll next year. This means there is a lot of political pressure on the government to prevent the interest rates from rising further to avoid a slowdown in economic growth. Any perception of a downturn in economy can be disastrous for the government in an election year. However, what is good for politics might not be good economics.”

Valecha noted that, due to the onslaught on emerging market currencies, India’s forex reserves plummeted from $426 billion in April to $393 billion recently. A better course of action to stem the decline might be to increase the interest rates.

“But obviously, this has not found favor with the government. Markets hate uncertainty and the Indian rupee has fell against the UAE Dirham as a result. We don’t see it crossing 20.35 in the short term as Trump is having his own war with his central bank,” Valecha added.