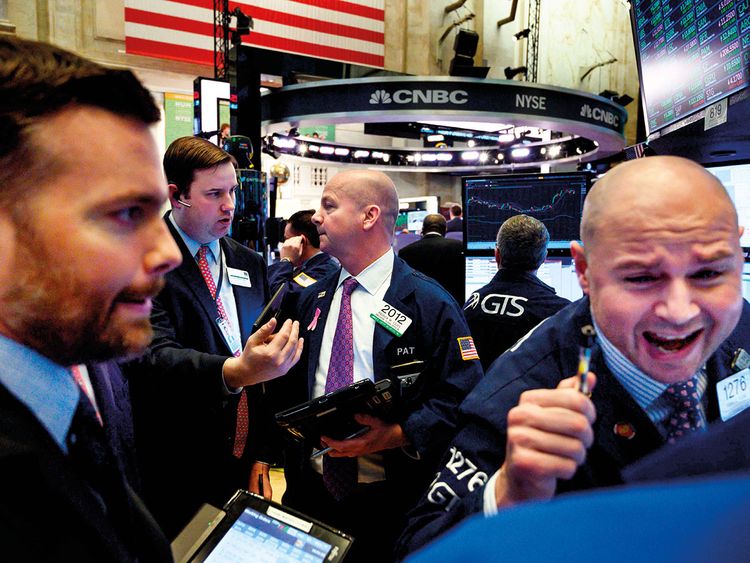 Dubai: Global commodity prices and stock markets are engaging in a bit of reset on Day 2 of the Russia-Ukraine conflict, with gold dropping from near $1,950 an ounce levels.

Gold is trading at $1,916 (Dubai Gold Rate is Dh223 a gram for 22K, but will drop once the day’s first rate is revealed), while oil is now off from its $105 a barrel peak to $95. Market analysts say that the turnaround in sentiments started with the US stock markets yesterday (February 24) and since expanded into other categories and geographies. “The US President asserting that the US has no intention to intervene directly helped soothe market fears,” said a market analyst.

Even after the drop from yesterday’s super-charged gains, gold is still too pricey for most shoppers. According to Anil Dhanak, Managing Director of Kanz Jewels, "A gain of $100 an ounce, then a drop, and then going up by $50 what can anyone say with certainty about what’s next for gold."

UAE jewellery industry sources said they had not seen gold prices rise so fast and in such a short time like it did yesterday after the first shots and missiles were exchanged across the Russia-Ukraine border.

The UAE stocks have started the day strong and emerged from the sharp sell-offs witnessed yesterday. All of the major Asian stock markets, except for Hong Kong, are trending positive on Friday, with India’s Sensex up by a substantial 1,600 points.

On DFM, 17 stocks are trending higher, with the general index up 1.1 per cent, while on ADX, the likes of FAB and Aldar were leading the turnaround drive.

On the UAE market prospects, Vijay Valecha, Chief Investment Officer of Century Financial, said: “A roller-coaster of a session happened in the markets yesterday in the belief of a bigger war breaking out. The US markets rebounded sharply (when President Biden said the US will not get involved directly) and that could be most likely the case for UAE today at the opening.”

Profit-taking happened yesterday on UAE real estate and banking sector stocks, which could be great entry points for many who have missed the rally so far. In the commodity markets, we could see profit-taking in the oil and gas sector, as oil is coming down from the highs we saw yesterday.

The Indian rupee also felt the lift in sentiments, firming up to Rs20.35 to a dirham compared to the Rs20.57 it had closed at yesterday. “The mood on the Sensex – which has made significant gains today (February 25) – is mirroring to some extent on the rupee,” said Antony Jos, Executive Director at Joyalukkas Exchange. “But it’s still volatile and we can expect some pressure pushing it to Rs20.50/20.52 levels. It’s all touch and go.”

The lowest point for the rupee is the Rs20.58 it touched earlier this month. For UAE based Indian expats, they would be better off adopting a wait-and-watch before their next remittance. “There will be extreme volatility in the currency and commodity markets until at least mid-March when the US Federal Reserve meets.

Then will come the first of the interest rate hikes and that will add its own dynamic to markets everywhere. Russia-Ukraine and US interest rates will be on the agenda for all.