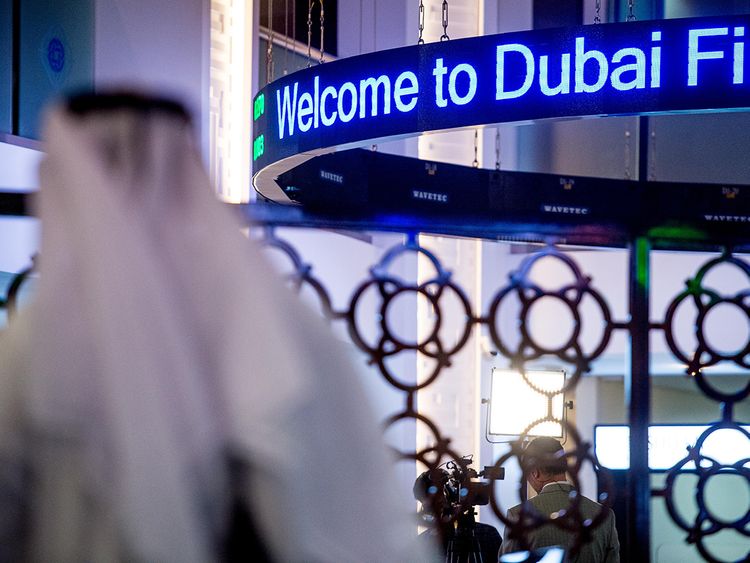 Even the announcement of FAB – the Abu Dhabi mega-bank – sealing a deal with global fund manager Brookfield to sell a 60 per cent stake in the payments firm Magnati did not cheer investors. The FAB stock is at Dh20.28, down Dh0.29. The muted start to the week also extended to bellwether stocks IHC and Aldar, down Dh0.32 and Dh0.96 respectively, while Alpha Dhabi is up Dh0.67.

On DFM, 14 stocks are trailing lower and eight up, with Air Arabia being one of the gainers.

According to Vijay Valecha of Century Financial, "UAE stocks are unlikely to be much impacted by the Russian sanctions. Also, there is the probability Russian HNIs might be more comfortable investing in UAE rather than other European countries."

Across Asian stock markets, the majority are in the green, with the Hong Kong and Singapore indices being the only two to trail. India’s key index, Sensex, initially started the day in the red, down about 900 points, then went in for a smart improvement to be nearly 200 points up by 12pm UAE time.

"Investors are still feeling squeamish about the Russia-Ukraine situation, which will pave the way for more interest in Indian blue-chip stocks," said K.V. Shamsudeen, Director at Burjeel Geojit Securities. "There are opportunities to pick up a few of them."

"Asia stocks are appearing to be resilient as traders anticipate its potential threat to global growth may lead the Fed to opt for a 25 basis point rate hike next month instead of 50 basis points," said Valecha. "Additionally, the Chinese economy, while slowing. is robust enough to support its Asian neighbors. Valuations are another key reason for longer-term investors to be positive on Asia stocks, with the MSCI gauge trading at 13 times forward earnings versus 19 times multiple for the S&P 500."