Gulf News - UAE equities remain shaky ahead of US voting day, with banks bearing brunt of it 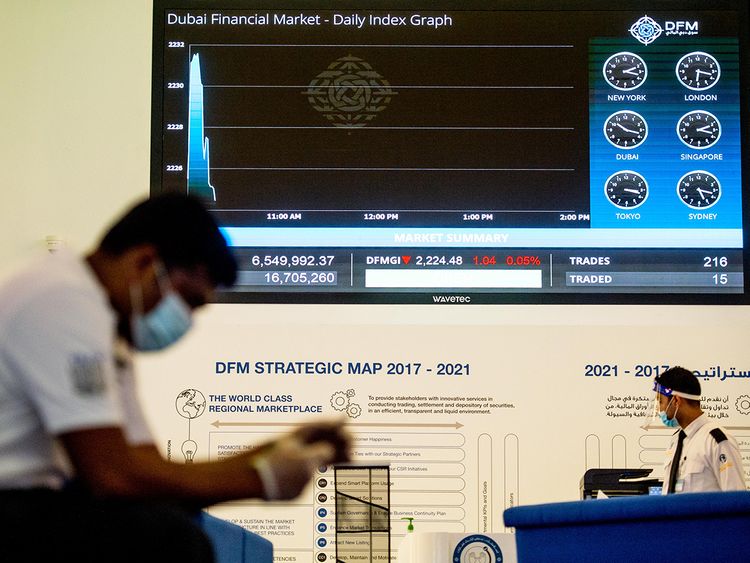 The UAE equities continue to post a mixed performance, with DFM in the red by 1.18 per cent and ADX edging higher by 0.25 per cent. A Joe Biden win could be positive for UAE equities on account of a possible reduction in trade tensions between the US and China, and which should lead to better global growth prospects. And, hopefully, a higher demand for crude oil.

Today’s DFM decline was quite sharp and the fall can be attributed to its two largest constituents - Emirates NBD and Dubai Islamic Bank (DIB). The two together account for more than 40 per cent of the market capitalization.

DIB declined by 1.95 per cent while Emirates NBD closed lower by 1.37 per cent. It is possible that markets are not receptive to Emirates NBD’s plan to bid for Blom Bank’s Egyptian assets. Investors might be of the view that Emirates NBD’s exposure to markets like Turkey and Egypt comes with too much risk.

On the charts, Emirates NBD is trading below its 50-,100- and 200-day simple moving averages, indicating weakness.

An analysis of the results of these banks will help us in understanding the banking sector. Due to its acquisition of Turkey’s Denizbank, Emirates NBD financials are not comparable, and so has not been considered

For the remaining, aggregate provisions in the third quarter had risen by 25 per cent to Dh3.13 billion from Dh2.51 billion in the comparable quarter last year. This is consistent with market conditions, and a lot of businesses have witnessed disruption and are not able to honor their loan commitments.

On a quarter on quarter basis, matters seem to be gradually improving. At least, the haemorrhage seems to have stopped. When compared to the second quarter, revenues have declined by only 6 per cent.

And net profits actually rose by 2 per cent on a quarter-on-quarter basis. There finally seems to be light at the end of this tunnel…