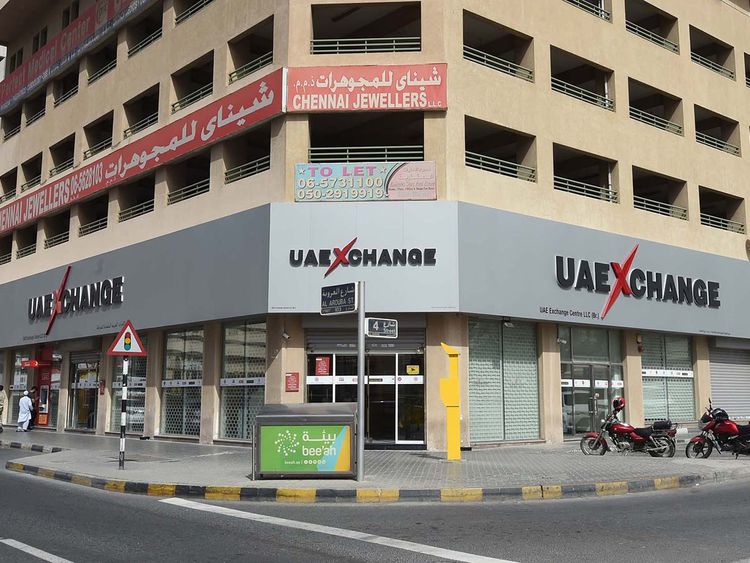 Dubai: The 3,000 odd employees of UAE Exchange Centre are starting to see a flicker of hope about their future after a takeover bid was made for its holding company, Finablr. The next four weeks will be the most crucial for UAE Exchange – until March the country’s leading remittance house – and employees as the Finablr board takes a decision on whether to sell to Israel’s Prism Advance Solutions.

If it happens, a Prism takeover will be one of the biggest corporate rescue acts in the UAE. (Another major turnaround is already gathering steam, with Abu Dhabi headquartered NMC Healthcare placed under local administration and all the regulations that come with it. Both NMC and UAE Exchange Centre/Finablr were founded by Dr. B.R. Shetty.

Of the 100 odd outlets UAE Exchange operates in the country, just a handful remain open, as investigations continue into actions taken by the previous management, including how $1 billion in bank loans never landed in the company’s books.

“Since March, the majority of our outlets ceased their operations, and the few kept open were meant to take consumer queries about the status of their fund transfers,” said a senior level employee. “Much of the client funds have been returned in recent weeks – a Prism takeover will get the company back on its feet.

“As is the case with most businesses in the country after the pandemic, our salaries too have seen a cut, and there are delays in receiving them. A relaunch of operations would help immensely – and by the looks of it, only a takeover can make that happen.”

Will all outlets open?

If the deal is signed – and the aim of Finablr and Prism is to get it done within four weeks – there will be a top-to-bottom restructuring of Finablr/UAE Exchange. In the current environment and given its financial position, it is unlikely that a good number of UAE Exchange locations will be retained. If that happens, how many of the 3,000 odd staff will remain?

Already, many have moved on to other remittance companies, especially those with “domain expertise”. In its prime, the company was widely rated as having serious talent on its payroll, and which made it such a dominant player in the subcontinent, the Philippines, US and North Africa transactional space. Plus, it was one of the pioneers in the UAE’s WPS (Wage Protection Scheme) for blue-collar workers, and also had much of the run in corporate fund transfers.

Branch closures will be pivotal in deciding how many of the staff are likely to be retained. Already, there are many whose employment visas are up for renewal.

What Prism is offering

In a statement, Finablr had said there were “three elements that will see this transaction successfully completed”. First will be the restructuring and settlement of debts of Finablr and its subsidiaries, plus the fact that it will provide working capital, and there will be a restructuring of the board. (It was in March that the Finablr board was last reconstituted after reports emerged of mismanagement.

In terms of timing and the optics it provides, Prism couldn’t have chosen better. The bid comes just weeks into the UAE-Israel accord, and which has created significant investment possibilities in either direction.

According to Guy Rothschild, co-founder and Director at Prism, "We are delighted with the Finablr deal, representing as it is the first major UAE-Israeli commercial transaction. We acknowledge that it's going to be a challenging journey and that there would be difficulties along the way, but we are confident that with the support from all parties involved we will realize Finablr's full potential.

“Finablr offers a huge opportunity in the digital payments space across multiple emerging markets and its assets and proprietary technology positions it for further global growth."

That is definitely the case. Finablr had in recent years committed investments in online-focussed financial services companies, and which had influence in the region and in Africa. Those assets, plus UAE Exchange’s decades of operations and clientele, could again be turned into advantages under a new owner.

But what of B.R. Shetty?

As per the statement issued by the company, over 90 per cent of B.R. Shetty's holdings were pledged in January to pay off Finablr debts. This revelation has an immediate impact on the then listed stock.

Later, in March, Dr. Shetty stepped down along with his son Binay from the board of Finablr. The two held a combined 60 per cent plus stake in the entity. But, market sources say, much or all of this pledged with lenders.

“BRS Investment Holdings, a investment company for B.R. Shetty, controlled about 65.3 per cent of Finablr,” said Vijay Valecha, Chief Investment Officer at Century Financial. “The owner of UAE Exchange had defaulted on $300 million of worth of loans in the first quarter and some serious accounting issues were also uncovered.

“Under these circumstances, Shetty or his personal creditors - institutions that have given loan against pledged shares - are unlikely to be a beneficiary of any corporate transaction. In any case, when debt is restructured, it is the creditors who get the priority, and not the shareholder.

“In this case, Shetty, or for that matter any other common share holder, will be paid only after the debt is settled. Given the magnitude of Finabr debt, the common shareholders are not likely to be left with anything.”