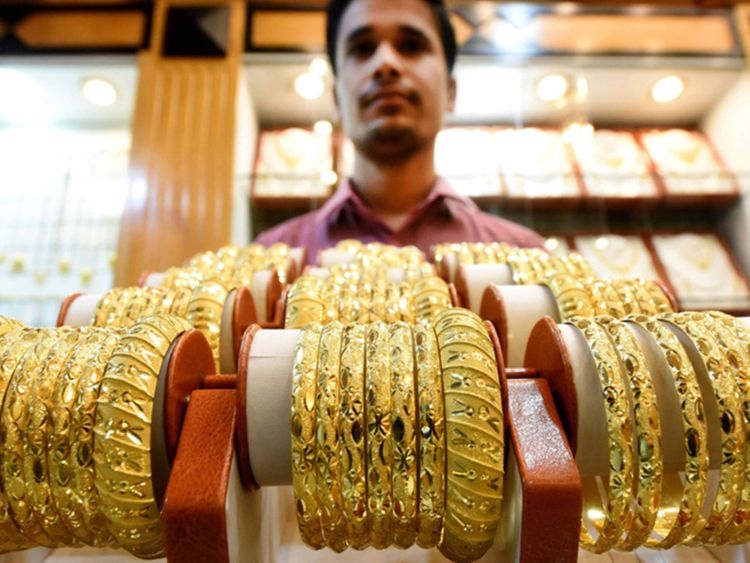 Rates forecast to register another Dh2 per gram increase this week

Gold prices in the UAE have gone up ahead of the Eid Al Fitr holidays, buoyed by local consumers looking to buy new jewellery prior to the long break and investors seeking safe haven amid the US-China trade war.

Spot gold increased by 0.2 per cent to $1,286.89 an ounce on Monday, while rates at the souks and other retail outlets increased by more than Dh1.

It’s not just the price of gold that’s going up. Consumers who are looking to travel overseas for a short holiday during Eid Al Fitr should prepare to shell out more money, with flight ticket prices soaring to more than Dh5,000.

Analysts and industry professionals are betting on more price increases this week. The rate for 22K is forecast to rise to as much as Dh148.45 per gram.

“Gold has really reversed earlier losses as risk appetite in the market remains rather shaky,” Benjamin Lu, an analyst with Singapore-based Phillip Futures, was quoted by Reuters as saying.

“US sanctions on Huawei and even the rest of the Chinese technology firms have really aggravated trade tensions.”

The precious metal already had a strong showing last week, closing at $1,284 an ounce on Friday. The positive performance was supported by a slight weakness in the American currency and lack of risk appetite in equities, according to Vijay Valecha of Century Financial.

“The deadlock in the US-China trade talks alongside rumours that the US could ban more Chinese firms saw investors selling off risky assets and buying into safe havens like gold,” said Valecha.

“Gold has its 200-day moving average at $1,272 which happens to be the support levels for the week and gold could be expected to rally till $1,303, which corresponds to Dh 148.45 for 22K gold this week. Gold appears to be range-bound for the past few week, but a breakout on the upside could be expected any time soon.”