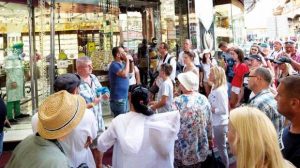 After plunging to its lowest level in 2 weeks, precious metal regains some of its shine

UAE gold jewellery rates edged higher on Thursday after plunging to their lowest level in the wake of the US Federal Reserve rate hike.

The price of 24K went up to Dh145.25 per gram by 2pm, up by just 50 fils from early morning trade, data from Dubai Gold and Jewellery Group showed.

Gold regained some of its shine shortly after the interest rate adjustments were announced because policymakers changed their outlook for inflation, according to one analyst.

“The policymakers changed their outlook for inflation, along with the dropping of the word ‘accommodative’ from their monetary policy. This suggested that the Fed remained much closer to the end of their hiking cycle than markets had originally anticipated,” explained Vijay Valecha of Century Financial.

“As investors digested that this altered language could mean a slowing in the pace of future rate increases, this caused the greenback to lose some spark and consequently pushed the yellow metal higher.”

“Moreover, in the run-up to each of the previous seven rate hikes in the current interest rate normalization cycle, starting December 2015, the trend has been for the greenback to strengthen on speculative demand, and for gold to weaken.”