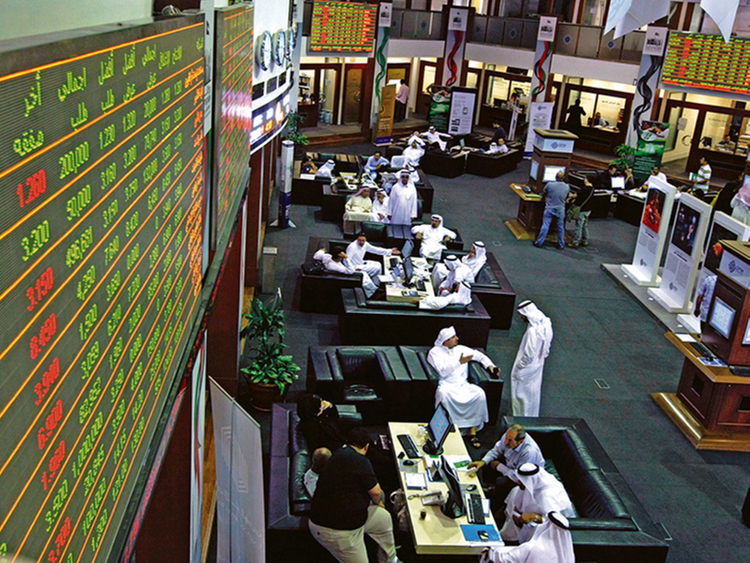 Dubai: UAE stocks could be in for some volatility as investors indulge in profit-taking, much like their counterparts in other leading markets.

The main index on Dubai Financial Market amassed gains of 9.29 percent in 2019 and trailed by the Saudi index, which rose 7.19 percent. But the indices underperformed the MSCI’s emerging markets gauge which advanced over 15 percent during the year gone by.

Although analysts expect to see UAE stocks on the uptrend this year as well — with the government initiatives to boost business prospects — a few triggers could lead local investors to take profits.

“The third Fed rate cut in October could potentially bring down the funding costs of (UAE) banks and increase the demand of borrowing,” he said, adding that a re-pricing of loans could be a challenge for UAE banks and ultimately affect net interest margins and share prices.

Meanwhile, gains Abu Dhabi Commercial Bank’s shares in the first quarter are expected to be supported by synergies it can start to extract from the recent merger.

Profits at UAE banks had risen 22 percent into Dh35.56 billion in the first nine months, with Emirates NBD leading the pack. It was helped by the sale of a major stake in London-listed Network International.

A key influence on sector profitability would be dictated by Dubai’s property market. Prakash said this would weigh on stock valuations for the rest of the year.

According to ValuStrat, property prices in Dubai have fallen 31 percent from their mid-2014 peak. Real estate exposure of banks increased to 21.3 percent from 17 percent in 2015.

Prakash said this indicates the asset quality of banks’ loan books is “unlikely to be healthy as it was in 2015”.

“Considering higher supply and weak demand in the real estate market, the sector will continue to correct in the near term, which would further trigger higher provisioning and bad loans,” Prakash said. Smaller banks would become more vulnerable to worsening credit conditions due to lower capital buffers and lesser revenue generation.

Haddad said Emaar Development should perform better on the back of cash flows, valuations, and dividend yield. But that could be the exception. Emaar Development’s market share reached 70-75 percent in 2019, but the stock dropped 11 percent. (Emaar Properties was down 3 percent.)

“A recovery is expected to be limited — however, we believe the weakness is already priced in,” said Faisal Hassan, head of investment research at Kamco Investment Company. He said UAE investors would be tempted to look at large-cap oversold stocks in key sectors at the start of this year.

The Dubai index is seen rising to a level of 2,850-3,000 points in the coming weeks. But not before investors take a bit of profit, a technical analysis by FAB Securities shows.

“The major themes for the new year are bank consolidation, Expo 2020 for UAE, and a recovery in global trade, which are likely to drive the stock performance in the region,” said Valecha. “Aramex, DP World, Saudi British Bank, and Aramco are our top picks to capitalize on the investment themes of the region.”