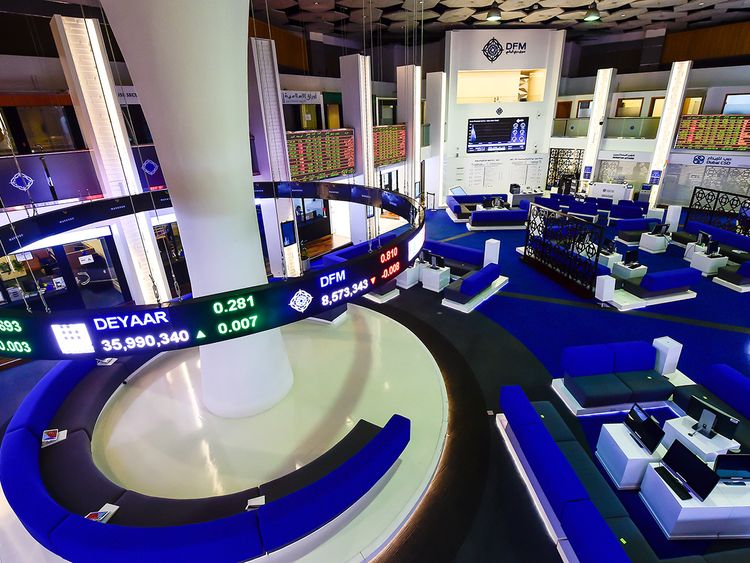 In spite of the decline, Emirates NBD continues to trade above the 200-day moving average.

The decline on the Union Properties counter can be attributed to the lack of investor enthusiasm with their proposal to convert three subsidiary companies - ServU, The FitOut and Dubai Autodrome - into private joint stock companies. The objective of the management seems to be to raise new capital so that it can pay down the debt.

However, the market conditions in Dubai's real estate are pretty subdued, and investors fear the new companies might not get a good valuation. If that’s the case, the proceeds from asset sales might not be good enough to pay down a mountain of debt.

At the start of the year, there was talk of a significant Chinese investment into UP projects. But with the pandemic, it is not clear that those investments will materialize in the changed circumstances. Moreover, investor perception is that UP is contributing to oversupply in Dubai’s real estate by launching new projects.

The uptick in Julphar is supported by the stellar earnings report it delivered recently. Sales of the company rose by 90 per cent to Dh169.70 million in the previous quarter as the suspension of its products was lifted in Saudi Arabia, Oman, Kuwait and Bahrain.

The presence of a huge generic market in Middle East and Africa gives Julphar a runway for future growth, and if it maintains the quality of its products, the potential is immense.

DFM and are likely to trade higher in the coming days since major industries in UAE like hospitality and tourism are highly linked to the strength - or otherwise - of the global economy.