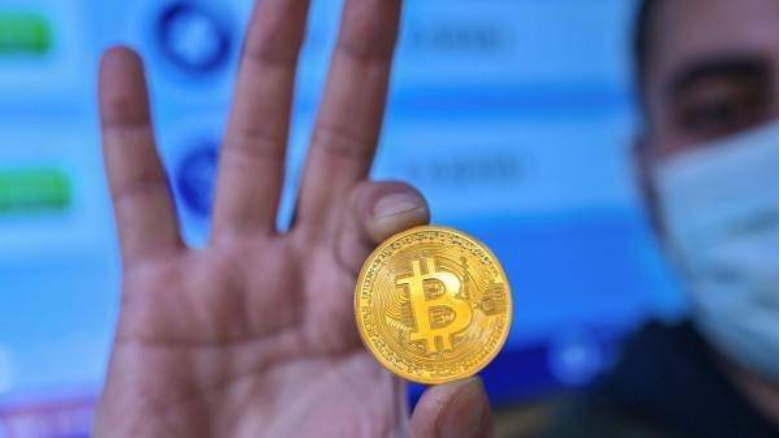 The world of investments in digital assets and niche and evolving technologies has just gotten more interesting with Bitcoin prices breaking above $50,000. Not only has Bitcoin’s market cap touched $1 trillion, but hundreds of different and previously unheard of altcoins have rallied on the back of the crypto boom. Over the last one year, Bitcoin has rallied by 500 per cent, whereas the second-largest crypto by market cap, Ethereum has rallied by over 900 per cent. This has turned many crypto sceptics, who previously dismissed the concept as a junk investment, into long-term bulls.

Case in point: JPMorgan and Goldman Sachs. Both these US investment banks are ready to adopt crypto trading at the institutional level. Some of the other old and well-established players including mutual funds and hedge funds are also looking at providing custodial service for Bitcoin and other cryptos. The same people who previously advocated Bitcoin as an asset bubble when it was trading at $20,000 are now giving targets of $100,000-plus on the hypothesis of Bitcoin overtaking gold in terms of asset holdings. The launch of a new Ethereum futures contract on the CME has only meant the market is about to get more traction and mainstream presence across the global audience.

Different cryptos have been created for different utility purposes. Bitcoin, for instance, being the first developed crypto based on the blockchain concept, saw many different versions of cryptos hard-forked from its chain. This includes coins like Bitcoin Cash, Bitcoin Gold and Bitcoin Diamond. These primarily differ in terms of block size, transaction processing and consensus agreement. Ethereum’s own development foundation network is widely used by other blockchain developers to create their own native and customised token. This includes prominence on chain liquidity protocols and De-Fi tokens like Chainlink, Compound, Maker, etc. Litecoin was an early Bitcoin spin-off primarily created to reduce the transaction processing time and increase the Blockchain network throughout.

As far as the actual utility of these cryptos in providing utility and transaction payments is concerned, there are few major cryptos that have created robust payment processing and transfer systems. These include Ripple, Cardano and Stellar Lumens. Some of these cryptos have even tied up with sovereign governments in emerging and frontier countries like Nigeria and Bangladesh to set up a remittance system or a digital central bank currency. Ripple has become one of the major players in the remittance and transaction processing space. Latest stats provided by the company state that the Ripple Remittance product had total turnover volumes of $2.4 billion last year. Cryptos traded value on global exchanges has taken a beating however, following its current court case with US Securities and Exchange Commission. The judgment will likely take couple of months before a final verdict is known.

On a positive note for Bitcoin, major corporate and government agencies have now announced Bitcoin as an acceptable payment mode. Tesla recently announced its plan of allowing Bitcoin for buying Tesla products. Dubai government free zone enterprise Kikklab recently allowed Bitcoin as a payment mode for its trade licence and other free zone services. The move will likely see a number of global Blockchain startups willing to relocate to Dubai owing to such innovative moves.

While the jury is still out on whether the current price levels are justified for cryptos, the fact of the matter is that there is no perfect valuation model for estimating future price of digital assets. Unlike stocks and bonds where future income stream can be discounted to arrive at a consensus, price earnings estimate and the corresponding market valuation, doing so for cryptocurrencies is a difficult task. A single crypto currency may be used for an ‘n’ number of different purposes apart from its stated objective of remittance handling or platform solution. For instance, holders of an Ethereum-based token may not only use it for remittance purposes, but may also use it for trading on exchanges as well as depositing the same to earn some interest in return for some other cryptos.

Mainstream relevance of cryptos as an alternative investment asset

The time has finally arrived when even well-established corporate players are considering allocating some portion of their reserves to digital assets like Bitcoin. Major US listed corporate and hedge funds making sizeable investments in the crypto space is net liquidity positive for the entire space, implying more adoption. Irrespective of whether the crypto markets are bullish or bearish in the medium to long term, increased adoption and more institutional liquidity only means availability of more new products like crypto exchange-traded funds, derivatives and other hybrid products.

This year could well turn out to be an inflection point for the entire crypto space. Many retail and institutional investors that had missed on the previous crypto rally are likely to start participating in the markets. One of the most critical aspects to watch out for will be the new regulatory measures and enhanced requirements for investing in such assets.

New US Treasury Secretary and former Federal Reserve chair Janet Yellen has already sounded alarm over Bitcoin’s gaining popularity. She has clearly highlighted risks from a regulator point of view and instead called upon the investment community to adhere to disciplinary norms. While major US and EU regulators are open to the idea of adopting more Blockchain solutions, emerging nations like India are still pondering over the decision to out rightly ban crypto trading. This will be a huge setback for the country, which is aiming to compete with China. Proper regulation with practical and sound framework has become the need of the hour. Instead of out rightly banning cryptos, measures including enhanced know your customer compliance, as well as transaction limits based on one’s net income, should be broadly adopted.