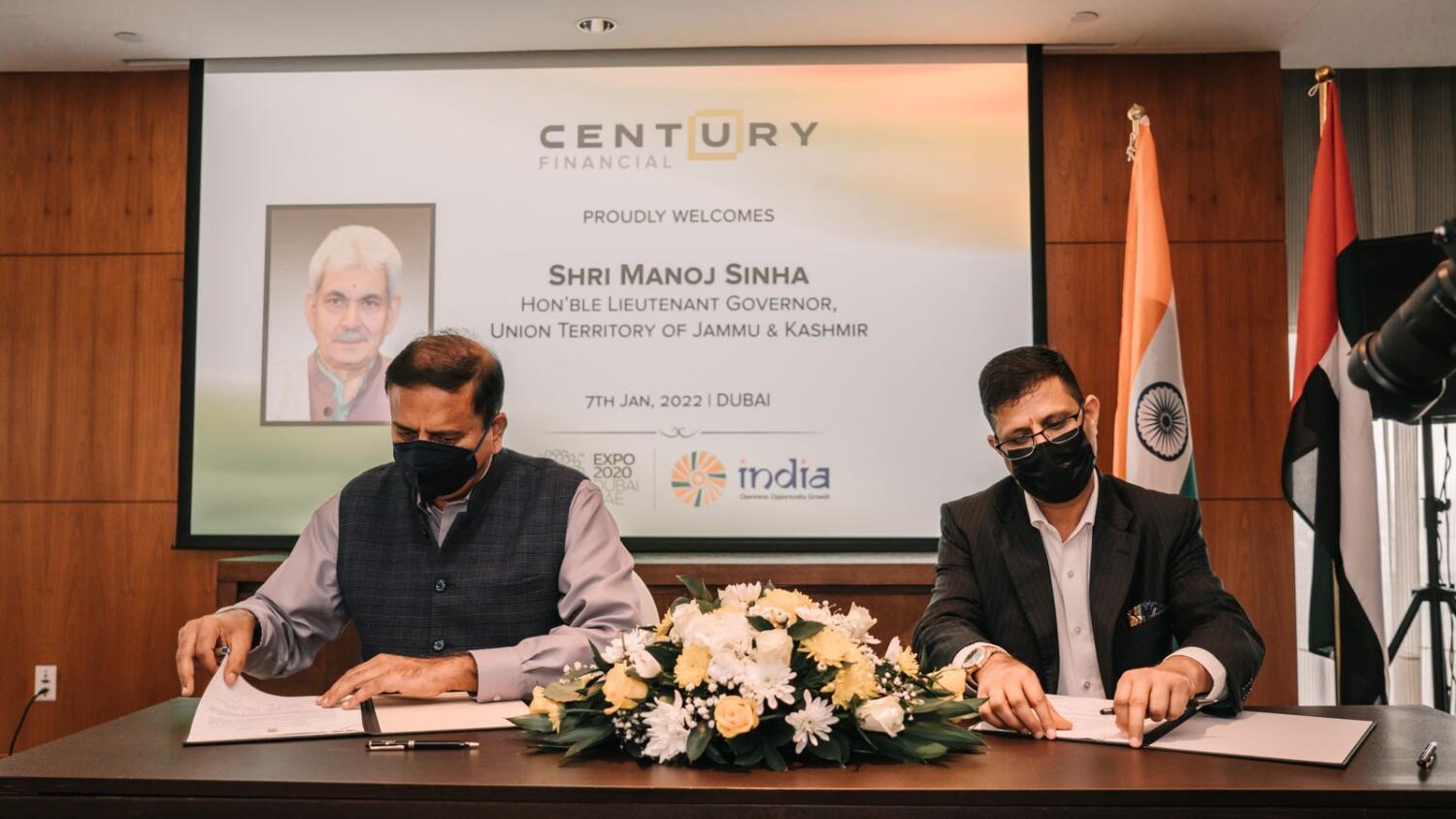 A prominent Indian businessman in Dubai has announced a $100 million investment in Jammu and Kashmir.

Bal Krishen, chairman of Century Financial, signed a memorandum of understanding in this regard with the Jammu Kashmir government at a special event in Dubai on Friday.

The exclusive get-together, described as a ‘meeting of hearts’, was presided by Manoj Sinha, the lieutenant-governor general of Jammu and Kashmir.

Century Financial owner Bal Krishen, who originally hails from the Doda district in Jammu and Kashmir, said he will set up three hotels and a mix-use development project in the union territory to strengthen its hospitality and tourism industry.

The MoU comes on the heels of three other landmark agreements between the Jammu and Kashmir government and UAE-based companies.

Manoj Sinha, who’s visiting the UAE to promote investments in J&K, said he’s overwhelmed by the support and keen interest shown by UAE entities in partnering with them.

“Jammu & Kashmir has immense potential that is waiting to be tapped,” Sinha said.

Thakur said the newly formed Union Territory ticked all the right boxes for investors because of cheap electricity and skilled manpower, among other things

He said plans are also afoot to improve flight connectivity between Jammu & Kashmir and the UAE.