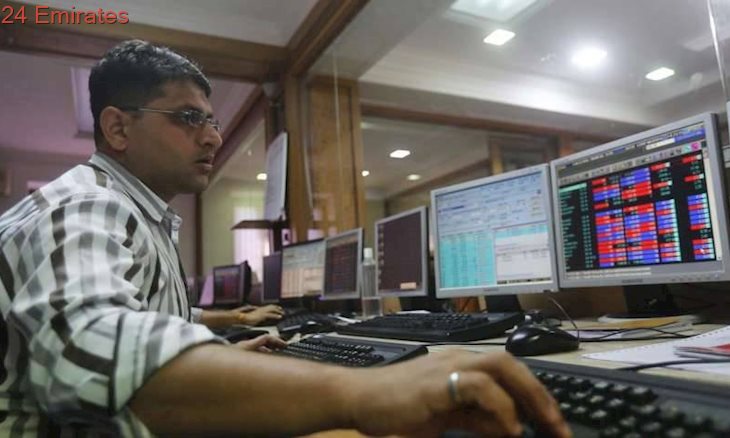 The top gainers on the Sensex were Bajaj Auto, NTPC and Tata Steel, while the major losers were the State Bank of India, Reliance Industries and Axis Bank.

Following the mixed global market cues Indian market is trading little higher. NIfty50 and BSE Sensex both are up by 0.30 per cent.

Meanwhile, Indian rupee opens marginally higher at 74.87 per US dollar to quote at Dh20.40 against Friday's close of 74.90 per dollar, amid flat trading seen in the domestic equity market.

"INR is appreciated by 0.065 to 74.8250 after depreciating by 0.08 per cent to 74.8740 in previous session against US Dollar amid positive domestic market cues and weak Dollar," addeed Valecha.

India foreign exchange reserve increased to record $538.2 billion from $534.6 billion as on August 7.

Abhishek Goenka, Founder and CEO, IFA Global, said: "Recent price action in USDINR despite significant inflows seems to suggest the central bank is continuing to relentlessly shore up it's reserves further. Asian currencies are stronger against the USD. Rupee is likely to continue to trade sideways. Likely range for today is 74.79-75.00."