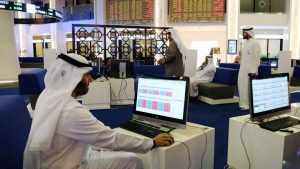 Outlook for GCC equities positive, with banking shares seen to gain the most.

It’s high time to invest in GCC stocks because markets are expected to rise in the second half of this year on the back of strong macroeconomic growth and high crude prices.

Analysts believe that current GCC share prices are trading at an attractive level and will offer better returns in the latter part of 2018. It is also believed that GCC banking stocks will be one of the biggest beneficiaries in the surge in the markets, and therefore are the best bet for investors to invest in.

MR Raghu, managing director, Marmore Mena Intelligence, said continued momentum on economic reforms and favourable news such as the inclusion of Saudi Arabia into the MSCI Emerging Markets Index and possible upgrading of Kuwait augurs well for the outlook.

But he warned that rising trade tensions could limit upside potential.

Vijay Valecha, chief market analyst at Century Financial Brokers, says a rise in global oil prices along with a hike in production has lifted the outlook of the entire petrochemical sector. The industry should benefit in the medium term as production rises and the price outlook is bullish.

“Successful implementation of the recent reforms and the direction of oil prices will be primary factors dictating the trend in the markets. However, one should closely monitor the escalating global trade fears, geopolitical risks and rising interest rates. Nevertheless, institutional as well as retail clients will be advised to stay invested in the banking sector across the GCC as rising economic growth and expansion of net interest margins will drive the profit growth of financial institutions,” Valecha added.

Akber Naqvi, executive director and head of asset management at Al Masah Capital, says in general, GCC indices are expected to have a positive performance on the back of stability in oil prices and government initiatives aimed at attracting foreign investments.

He sees the Saudi bourse continuing its upward momentum initiated by the MSCI upgrade and the potential listing of Saudi Aramco.

In addition, Kuwait’s stock market is expected to have a positive performance as FTSE upgraded its status to emerging market, which will happen in two phases in September and December this year. This is followed by the positive announcement in June from MSCI, which is considering upgrading Kuwait to emerging market status, leading to larger inflows. Momentum is expected to persist with further inflows from the FTSE upgrade and the pending listing of IHC, a crane and heavy equipment operator.

Bahrain’s stock market is expected to perform better in the second half of 2018 on the back of a more encouraging economic outlook and higher oil prices, which should offer the market some support going forward.

Regional markets performed positively in the first half of 2018 as four out of the seven indices ended in the green.

In the UAE, the Abu Dhabi Securities Exchange Index (ADX) rallied 3.7 per cent during the first half, The Dubai Financial Market (DFM), however, fell by 16.3 per cent.

For the ADX, banking stocks powered the rally while the fall in the DFM was triggered by a dip in real estate, which declined by 24 per cent and the financial sector that slowed by almost 20 per cent. Falling rents and an increase in supply of commercial as well as residential real estate has taken a toll on its equities. Crude oil prices near multi-year highs and the introduction of new reforms are likely to propel UAE GDP by three per cent in 2018 and this should improve the prospects of UAE stock markets.

Valecha expects the UAE stock market to rally by two to five per cent in the second half of 2018.

Saudi Arabia’s Tadawul All Share Index rallied by 15 per cent in the first half powered by its inclusion in the MSCI and FTSE Russel indices. The Tadawul is expected to rally by another four to eight per cent in the second half of 2018, Valecha said, adding that the upsurge in oil prices along with the reduction of government subsidies and implementation of value-added tax in Saudi Arabia and the UAE has improved the fundamental outlook of the entire region.

Marmore’s Raghu predicted that as government spending picks up, the biggest beneficiaries would be regional banks.

“The liquidity situation has improved and we see an uptick in credit demand. In the event of rising interest rates, banks with strong low-cost retail deposit franchises, would have plenty of scope for expansion of their net interest margins. For instance, Al Rajhi, NCB, NBK, and Emirates NBD could post strong growth numbers.”

He pointed out that the insurance sector in Saudi Arabia could also do well.

The industry continues to register impressive growth. Allowing women to drive in Saudi Arabia and regulations that call for mandatory insurance could fuel further growth. BupaArabia is best-placed to capitalise on the opportunity.

But, according to Century Financial’s Valecha, the insurance sector will remain under pressure due to fierce competition and the departure of expatriate families resulting in a fall in gross written premiums for the entire industry. Hence, the decline in net profits have affected under performance of insurance firms’ share prices.

Moreover, Raghu believes average revenue per user in the telecom sector would continue to deteriorate, while utilities with high debt would find it hard to generate sufficient free cash flows and infrastructure, and contractors operating on wafer-thin margins could continue to experience working capital pressures.

Valecha says Emirates NBD surged 20.7 per cent in the first half of 2018, as it has been delivering a strong set of results for the past few quarters.

“We believe the stock has further potential in the long run as it is cheap at 6.67 PE and has an attractive dividend yield of 4.04 per cent. Mashreq bank shares are also cheap at 6.24 PE and 5.41 per cent dividend yield.”

Among other individual stocks, shares of Dana Gas have appreciated by more than 25 per cent in 2018 and with oil prices expected to remain high this year. Sharjah-based Dana Gas is expected to sustain its performance in 2018.

He sees UAE real estate sector stocks offer attractive multiples compared to their peers, including Emaar and Damac. Additionally, real estate prices are expected to rise prior to Expo 2020, which in turn is bound to attract footfall to the UAE, increase foreign investments and further support markets.