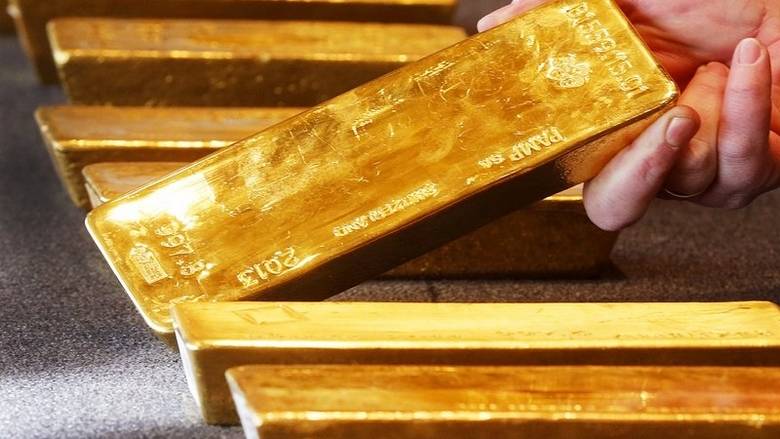 Gold is expected to extend its rally into an eighth consecutive week as investors look to safe-haven assets in the wake of the worldwide economic slowdown, rising geopolitical tensions and rangebound oil prices, say experts.

Industry insiders and analysts said rising US-China tensions, a weaker US dollar, falling yields on bonds, additional fiscal stimulus and increasing Covid-19 cases are some of the significant factors behind gold's massive surge in past few weeks.

"Gold will its sustain upward trend and more price gains are likely. If gold breaches the $1,920 barrier this week, it could set its sights on a more round number like the $2,000-an-ounce level," experts said.

The yellow metal registered a 7.3 per cent price growth last week, pushing its overall gains to more than 25 per cent this year so far. Industry insiders said its rally may extend into 2021 on a weaker US dollar amid rising geopolitical risks in an era of low interest rates.

"Gold prices typically rises at times of uncertainty as it is considered as the safe haven by investors across the globe. Oil price, global stock market performance and economic conditions globally brought about by Covid-19 have all played a critical role in this upward trend," Abdul Salam K, group executive director of Malabar Group, told Khaleej Times on Sunday.

He said prominent investment bank Goldman Sachs has forecasted its three-, six- and 12-month gold prices to be $1,800, $1,900 and $2,000 per ounce, respectively, following the economic uncertainty caused by the coronavirus crisis.

"We also expect an upward trend for gold's price. Global investors and central banks continue to invest in gold as a safe-haven asset, making the yellow metal hit record-high prices and has increased confidence in the metal," he said.

Analysts also noted that the US Federal Reserve's interest rate decision on Wednesday will be carefully watched by investors, although no change in rates is expected.

"The economic outlook remains uncertain, so they are likely to retain a cautious tone and stand willing to do more in the future if required," said ING chief international economist James Knightley.

"This looks very probable outcome for this week; analysts say that there is little to stop the precious metal from rising further and getting close to $2,000 an ounce. If the $2,000 mark is broken then we don't know where it can go because that level is a strong psychological resistance level," Alukkas told Khaleej Times.?

"Rising tensions between the US and China, weaker US dollar, massive ETF demand, falling yields, additional fiscal stimulus around the world [so far $6 trillion] and pandemic cases have all been some of the significant drivers behind gold's massive move up [last] week," he said.

The weaker US dollar is also helping international buyers acquire gold, which in turn boosts the price, he added.

Vijay Valecha, chief investment officer of Century Financial, said the yellow metal staged a powerful rally and gave a weekly closing above the $1,900 mark for the first time in history.

"Rise in the US-China tensions, relentless spread of coronavirus as well as the first uptick in US jobless claims in four months raised concerns about economic growth and fuelled hopes for more stimulus," he said.

Gold gained five per cent for the week, its biggest weekly advance since the start of April and rallied for the seventh straight week supported by a weaker dollar which slid to a 22-month low against a basket of other currencies. The metal, widely considered as a hedge against inflation, has gained over 25 per cent so far this year on the back of unprecedented stimulus measures and easing monetary policy.

"The Fed's balance sheet is expected to expand to $10 trillion by year-end while the US 10-year real yields have plunged below -0.90 per cent from a high of 0.65 per cent from the third week of March. While volatility will remain high, the metal remains poised to break above the previous highs of $1,921 amid a flood of easy money on financial markets in this uncertain economic and geopolitical climate. Support is seen near $1,870, followed by next support near the $1,840 region," Valecha concluded.