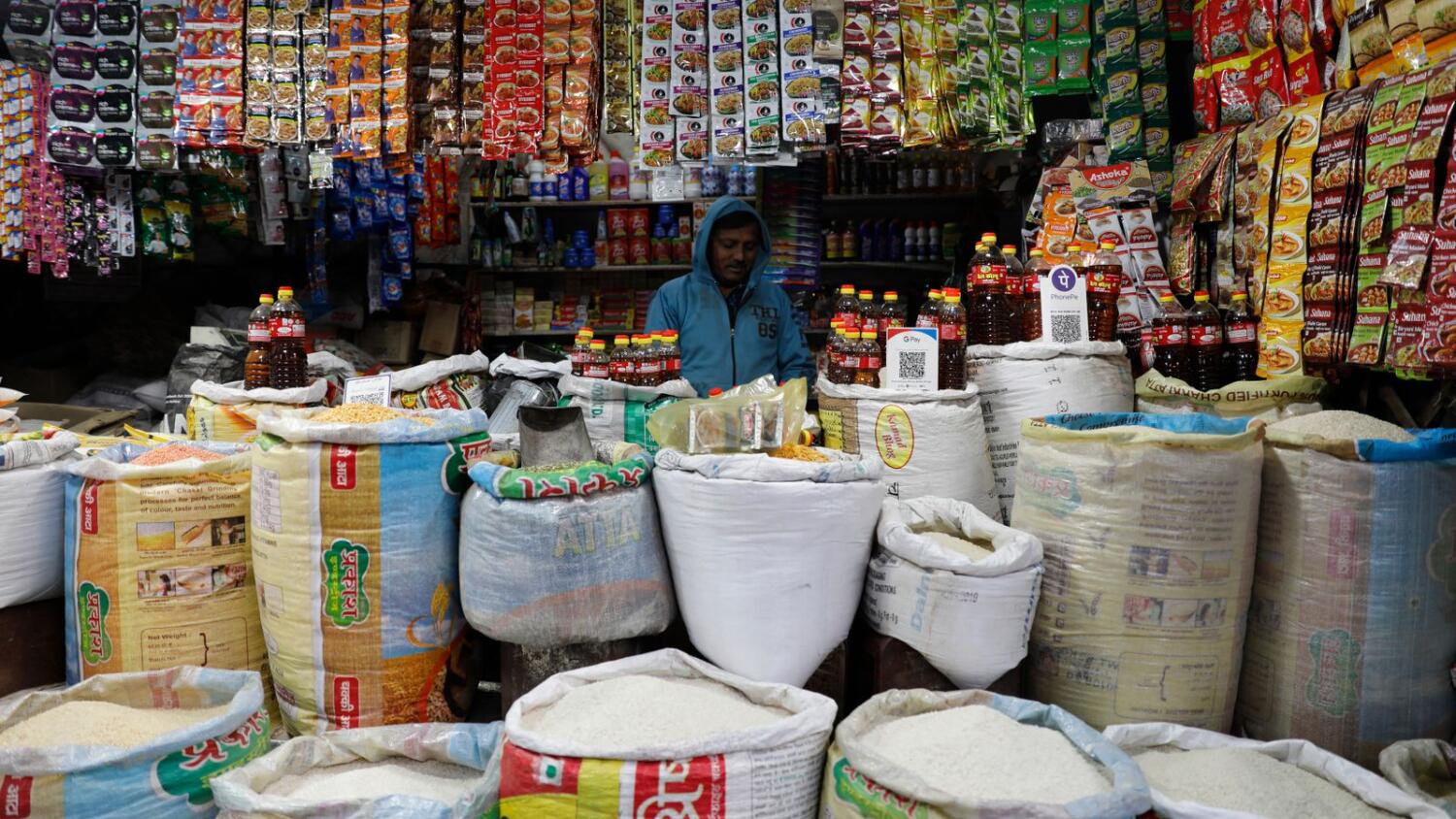 India is gearing up for the road ahead in the current fiscal year with an agenda to bring in recovery, relief, and growth. The world’s sixth-largest economy — estimated at $3.1 trillion, behind the US, China, Japan, Germany, and the UK — will unveil budgetary reforms on February 1 to maintain its status of being the most sought-after investment destination.

Finance Minister Nirmala Sitharaman surely has a daunting task of coming up to everyone’s expectations and yet bring out a robust plan to heal the economy which is still reeling under pandemic impact just as every other economy in the world. The NRIs this year are hopeful that reforms will be brought in to boost the economy that will bolster investments from the NRIs in key sectors.

“Given that the Indian economy is gradually recovering from the effects of the pandemic, financial markets, in general, are expecting a growth-oriented budget. Accordingly, investors are hoping for relief on dividend taxation, rationalisation of capital gains across different classes of assets, and removal of securities transaction tax,”Bal Krishen, chairman and CEO, Century Financial, said.

Meanwhile, he said taxpayers are looking for a drop in tax rates and surcharges, an expansion in deduction obtainable under section 80C, a rise in housing loan repayment exemption, and removal of GST on services commonly used.

Krishen opines that this year it will be a tricky balancing act for the government as revenues were strained for the last two years. So it means the government cannot go for an outright reduction of tax rates or even a significant rise in public expenditure.

“The most likely scenario is an expansion of benefits for specific segments of the population and spending more money on infrastructure. Simplifying tax compliances and digitisation could get a push,” he said.

On track to become $5t economy

As per World Bank’s Global Economic Prospects report released, recently, India’s economic growth is expected to be 8.3 per cent in the current financial year and 8.7 per cent in 2022-23. India is poised to become $5 trillion economy by 2025 and projected to remain one of the fastest-growing major economies in the world, said C S Raghavan, chief representative of Confederation of Indian Industry.

Over the years, Overseas Indians have been investing in the Indian capital market and many other sectors in India to include — real estate, education, healthcare, tourism, and hospitality. The new dimension to this is the startups, research and development and skill development.

“Many NRIs from UAE and the GCC region have significantly invested or contributed to these sectors either individually or through their established organisation, institutions and foundation. Any policy pronouncement in these sectors will go a long way in accelerating growth and pave the way for a greater flow of capital from the UAE and the Middle East,” said Raghavan.

“I expect the coming budget will give a major fillip to physical and digital Infrastructure (for education), healthcare, tourism and hospitality, MSME and startup sector,” added Raghavan. who also expects significant FDI investment and capital flow from the region in the infrastructure, renewables, healthcare, real estate, tourism and hospitality startups, agri and food processing (food parks) and dairy sector in the time to come.

Krishnan Ramachandran, CEO of Barjeel Geojit Financial Services, said there is a sense of expectation that the forthcoming budget will extend a few benefits to NRI’s these expectations include — an increase in the basic income tax exemption limit from the existing Rs250,000 to at least Rs400,000; increase the ceiling of rebates on home loan interest from Rs200,000 to Rs500,000; and finally to change the prevailing full taxation of dividend income and go back the earlier regime where dividend income was exempt from tax up to Rs1 million.

Similarly, Dixit Jain, managing director at The Tax Experts DMCC, says that NRIs who were stuck in India during last year Covid and did not get any relief as such for forced stay there should be some clarification on that.

“I expect work from home allowance during these times. NRIs also wish to see streamlining of TDS provisions with residents as right now TDS rates are highest for NRIs,” he said.

Adeeb Ahamed of LuLu Financial Holdings opined that the focus this year should be on providing adequate support for India’s MSME community.

“After nearly two years of ups and downs, now is the time to place more power into the hands of MSMEs, who in many ways, are the backbone of our economy. MSMEs are among the largest generator of jobs, and drive innovation, which ultimately improves consumer spending and provides scope for accelerating the economy,” he said.

deeb hopes that there will be better financing solutions for MSMEs in this year’s budget, including bringing them under the ambit of the Production Linked Incentive scheme and the Emergency Credit Line Guarantee Scheme.

“Already exports are at an all-time high and supporting small businesses will ensure this momentum is maintained while simultaneously boosting domestic production.”

A serial entrepreneur with substantial investments in financial services, retail, F&B, and hospitality across India, Adeeb is also of the view that more measures should be announced in this year’s budget to encourage inflow of FDI, especially into the services sector, and the hospitality sector in general.

“Investments in India’s tourism and hotel sector have increased by nearly 175 per cent, and this appetite of foreign investors must be met with equal support from the government. The services sector, within which tourism & hospitality fall, is a major contributor to India’s GDP, but ever since the pandemic struck, the segment has suffered significant losses,” he said.

More flexible financing options for capital intensive hospitality infrastructure projects and reduction of GST for tourism services are crucial as per Adeeb, to help the sector stay relevant among foreign investors and encourage consumers to partake more in the sector’s offerings.

Real estate being the second-highest employment generator and contributing more than eight per cent to the economy, the expectations from the 2022-23 budget are high and the industry is awaiting big announcements that will alter the future of the real estate sector.

Sandeep Runwal, president of Naredco Maharashtra and managing director of Runwal Group, said the central and state governments rolled out several reforms and incentives during the past year to revive the economy from the ill effects of the pandemic.

“The industry expects the government to take substantial measures to strengthen the real estate sector as well as the entire economy, by addressing critical issues, ensuring job creation, and sustaining growth,” he said.

Dhaval Jasani, founder and CEO, ZTI Global, said the NRIs continue to be punished with provisions in tax. It is time for the Indian government to harmonise tax provisions for NRIs rather than punishing the Indian diaspora outside India, so as to build an inclusive ecosystem.

“Whilst NRIs are being welcomed to buy the property in the primary market, sale in the secondary market is no less than a punishment when it comes to deducting withholding tax,” he said.

For sale of property below Rs5 million, 20 per cent withholding tax (known as TDS) applies, if held for more than two years. For properties being sold for more than Rs20 million, withholding tax can go as high as 26 per cent to 28.5 per cent of sale proceeds. This is extremely painful when Income Tax Act provides for indexation benefit and actual tax liability can be much lower, on gains, instead of sale proceeds. Given the data base held with the authorities, Long Term Capital Gains tax calculations can be automatic, at the time of registering sale transactions.

“While the last union budget saw 137 per cent increase in healthcare spending which accounted for 1.8 per cent of the GDP spends, it would help to increase the allocation to least three per cent to ensure many of the initiatives. Technological innovations and government initiatives are transforming the healthcare industry in India,” he said.

Dr Moopen said the government should roll out programmes to train new and up-skill the existing manpower to address the shortage of skilled manpower in the healthcare sector.

“The government should also consider “zero-rating” of GST on healthcare services and the lowest rate of GST on drugs, medical devices, and health insurance premiums to improve affordability. Rationalising the import duty on healthcare equipment is also required,” he said.

Dr Moopen said the government should provide tax incentives for investment in research and development for genetic research and genome mapping which can go a long way in supporting the National Digital Health Mission in early identification of genetic traits and intervention in the prevention of major NCDs.

“Last but not the least, the government should increase budgetary allocation for the promotion of digital healthcare to improve access in rural and remote areas. This will not only reduce the burden on our limited healthcare facilities, but also the cost burden on the patients,” he said.

The budget should maintain it’s thrust on growth-supportive expenditure both in public and private sectors. Last year’s budget definitely got in the expression of relief for NRIs with permission to set up One Person Companies (OPCs) and the tax benefits that made it easier for them to do business in India.

“I believe this year, NRIs are mostly looking forward to ‘equal tax deduction policy’. Investments have been made easier, and now they can buy mutual funds easily. 2022 is going to open a window of opportunities for them. Several reforms have been made in fixed deposits, where NRIs can invest in NRE/NRO, which are exempted from tax. NRIs can also look forward invest in the Alternate Investment Funds, which are available on equity and debt strategies. 2022 budget is going to be one of the most keenly awaited ones, partly because everyone is looking to get some form of relief from the government,” said Mohammed Shaheen, CEO of Seven Capitals.

“A clear indication of financial stability could be the only gift to the investors, which will simplify market participation, provide growth framework and will also streamline capital market activity. Overall, I see a budget that will provide consistency in reforms for startups and will also boost foreign investment in the sector,” he added.

What can NRIs look forward to? •

Tax deduction at source (TDS) rate reduction: Currently, all income paid to NRIs in India is taxed at the highest rate. As a result, it is hoped that the government will address the difficulties faced by NRIs in claiming refunds due to excessive TDS deductions in this budget.

Covid-19 tax assistance on the income of those who have lost their jobs or businesses: NRIs are expecting a relaxation of the restrictions that apply to NRIs who are stranded in India for 4-5 months due to the pandemic. For most NRIs, this will be the most anticipated statement because their tax planning is entirely dependent on it.

Any increase in the investment deduction limit will attract more NRIs to engage in Indian stock markets, as there has been a growing need to reconsider tax policy on long-term equities.

Increase the remittance limit from India to abroad from $1 million (Dh3.67 million) to an acceptable amount.