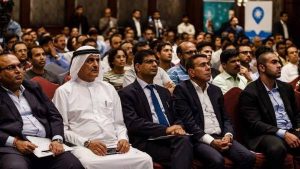 Non-resident Indians (NRIs) should invest in Tier 2 and 3 cities in India which can offer higher returns compared to Tier 1 cities where prices have nearly peaked and Tier 4 cities where the local economy is still underdeveloped, said experts.

Devesh Mamtani, chief market strategist, Century Financial Brokers in Dubai, believes that “Tier 3 properties in places like Nagpur give maximum return and land is always a better deal. There are a lot of Tier 3 small towns where infrastructure is improving. Those will do well.”

Mamtani sees 10 to 12 per cent returns in these towns and five to eight per cent in India overall.

Currently, more than 2.6 million NRIs are UAE residents, who apart from remitting billions of dirhams also invest a huge sum in the real estate sector. 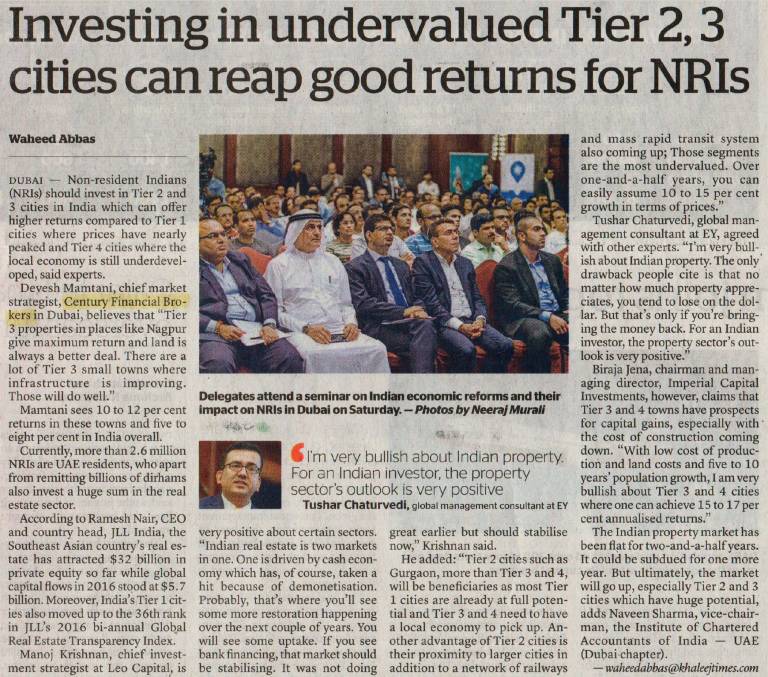 Manoj Krishnan, chief investment strategist at Leo Capital, is very positive about certain sectors. “Indian real estate is two markets in one. One is driven by cash economy which has, of course, taken a hit because of demonetisation. Probably, that’s where you’ll see some more restoration happening over the next couple of years. You will see some uptake. If you see bank financing, that market should be stabilising. It was not doing great earlier but should stabilise now,” Krishnan said.

He added: “Tier 2 cities such as Gurgaon, more than Tier 3 and 4, will be beneficiaries as most Tier 1 cities are already at full potential and Tier 3 and 4 need to have a local economy to pick up. Another advantage of Tier 2 cities is their proximity to larger cities in addition to a network of railways and mass rapid transit system also coming up; Those segments are the most undervalued. Over one-and-a-half years, you can easily assume 10 to 15 per cent growth in terms of prices.”

Tushar Chaturvedi, global management consultant at EY, agreed with other experts. “I’m very bullish about Indian property. The only drawback people cite is that no matter how much property appreciates, you tend to lose on the dollar. But that’s only if you’re bringing the money back. For an Indian investor, the property sector’s outlook is very positive.”

Biraja Jena, chairman and managing director, Imperial Capital Investments, however, claims that Tier 3 and 4 towns have prospects for capital gains, especially with the cost of construction coming down. “With low cost of production and land costs and five to 10 years’ population growth, I am very bullish about Tier 3 and 4 cities where one can achieve 15 to 17 per cent annualised returns.”

The Indian property market has been flat for two-and-a-half years. It could be subdued for one more year. But ultimately, the market will go up, especially Tier 2 and 3 cities which have huge potential, adds Naveen Sharma, vice-chairman, the Institute of Chartered Accountants of India – UAE (Dubai chapter).