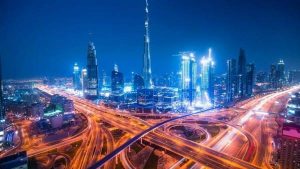 Most UAE-based billionaires have made their money from real estate.

Dubai was home to 40 billionaires — or 65 per cent of the UAE total — at the end of last year, an addition of three new high net worth individuals. Overall, there were 62 billionaires in the UAE last year, holding $168 billion (Dh616.56 billion) wealth.

The UAE was also ranked 10th in the list of countries while Dubai was ranked 8th among cities with the highest number of billionaires, revealed Wealth-X Billionaire Census 2018 report.

Andrew Amoils, head of research, New World Wealth, said most of the UAE-based billionaires have made their money from real estate.

“It is worth noting that we estimate that for each one we have found we have missed potentially as many as two, meaning the true number of existing self-made billionaires in the GCC may be as many as over 100. However, based on the current growth, we expect the number of self-made billionaires in the region to grow by at least three over the next 10 years to 110. This reflects the existing ones we missed in previous years and the new ones created,” he said.

“I would expect a continued growth in the number of expats, since the UAE is considered to be a stable country in the region, offers a high quality of life and has an attractive tax regime. With the vision of growth expected for 2030, there will be more UAE nationals who grow into billionaires.”

Hoogewerf expects several billionaires in the UAE to come from the new economies, but also including investments, transportation, healthcare and life sciences, as well as real estate.

Majority of new billionaires to be expats

Valecha expects majority of the new billionaires are expected to be expats who are likely to migrate to UAE due its stable political and low tax regime. A robust UAE economy is expected to aid in the creation of new Emirati billionaires in sectors like e-commerce and healthcare.

“Billionaires in UAE are more inclined to invest in real estate as the current prices are attractive for them from a long term perspective. Risk free products like sovereign bonds, sukuks also rank higher in their investment priorities,” he concluded.