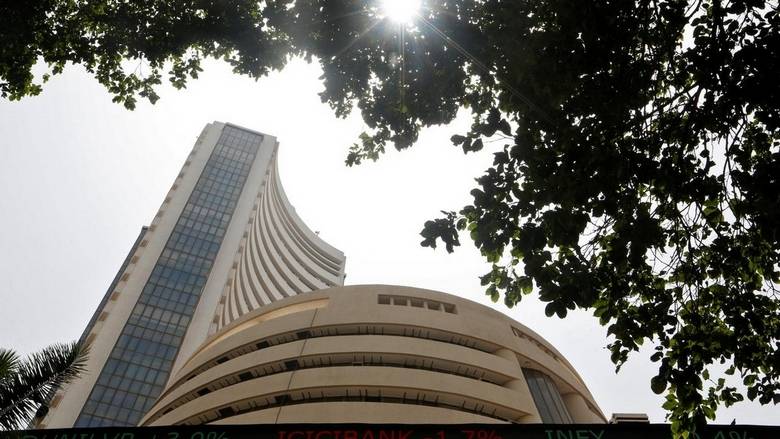 Private sector lenders HDFC Bank Ltd and Kotak Mahindra Bank fell 1.7 per cent and 3 per cent, respectively. The Nifty banking index was down 1.34 per cent.

"In Nifty50 decline is led by UPL which is down by 5.15 per cent, Indusind Bank is down by 3.45 per cent, Kotak Bank is down by 3.10 per cent. UPL reported 1per cent Y/Y revenue decline and quarter was hurt by high cost and exceptional loss related to acquisition of Arysta Life science. Among the sectoral index Bank is down by 1.53 per cent, IT is down by 0.75 per cent and Auto is up by 0.87per cent. For the day 10835 & 11115 could work as support and resistance for Nifty50," said Vijay Valecha, chief investment officer, Century Financial.

Meanwhile, Indian rupee has extended the early losses and is trading at day's low level at 74.93 per dollar to quote at Dh20.41, amid selling seen in the domestic equity market. Rupee opened lower at 74.90 per dollar against previous close of 74.81.

Abhishek Goenka, Founder and CEO, IFA Global, said: "RBI's FX Reserves rose another $5 billion to a record $522.6 billion . While the USD has weakened significantly against majors (EUR, GBP, CHF, JPY) on account of record low real rates in the US, it has not weakened as much against Asian and EM currencies."

Furthermore, RBI's aggressive dollar purchases have ensured that it has weakened even less against the INR. (74.50 has been acting as very strong support in USDINR). The rupee has therefore underperformed and weakened in relative terms.

"The overvaluation in the rupee has got corrected by close to 2 per cent over the last few sessions. The fact that RBI's FX purchases have continued for well over a month after its balance sheet date confirms that there are definitely more considerations behind RBI's intervention besides just the economic capital framework. Rupee is likely to trade 74.70-75.05 range. Asian currencies are mixed," added Goenka.

"INR is appreciated by 0.03 per cent to 74.8925 after depreciated by 0.05 per cent to 74.9175 in previous session against US Dollar. Rupee could be in pressure amid weak global market cues and RBI policy decision due this week on Aug 6. For the day 74.50 and 75.50 could work as support and resistance," added Valecha.