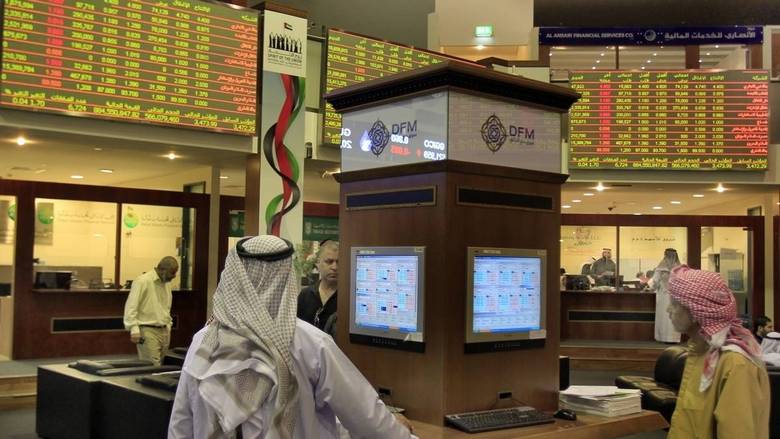 The UAE and other major Gulf markets started the week on a higher note, helped by the progress towards clinical trials of a potential treatment for the Covid-19 coronavirus and bargain hunting by investors.

Dubai and Abu Dhabi led the GCC recovery on Sunday after two consecutive days of decline last week as the combined market cap of the GCC bourses increased by $20.8 billion (Dh76.33 billion). ADX saw its market cap rise by $3.31 billion, DFM by $1.59 billion and Tadawul saw its value rise by $14.5 billion.

Dubai Financial Market (DFM) advanced 3 per cent, with Emirates NBD Bank up 3.7 per cent ahead of a board meeting to approve first-quarter earnings while developer Emaar Properties also gained 3.7 per cent.

Devesh Mamtani, director for investment and advisory at Century Financial, said hopes of a Covid-19 treatment and early reopening of global economies from lockdown spurred the world indices higher on Friday and on Sunday GCC markets also rallied on improved risk sentiments.

“A report from Statnews indicated that University of Chicago Medicine studied 125 Covid-19 patients for Gilead’s two Phase 3 clinical trials in which all the patients were treated with daily infusions of Remdesivir. Even though 113 patients were considered as severe, there were only two fatalities, which is great news. If safe and effective, Remdesivir could become the first approved treatment and this can trigger the policy makers to open their economy earlier,” said Mamtani

On Friday, the Dow Jones Industrial Average rallied three per cent, S&P 500 jumped 2.7 per cent and Nasdaq advanced 1.4 per cent.