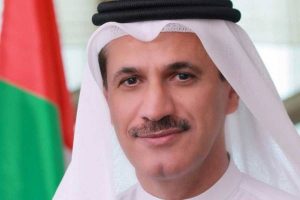 The UAE is among world’s top 20 largest exporters of steel to the US.

The UAE expects to solve its aluminium and steel tariffs issue with the US next year and the country should not be hit with tariffs, a senior government official said on Tuesday.

Speaking to reporters in Abu Dhabi, Sultan bin Saeed Al Mansouri, UAE’s Minister of Economy, said tariffs on aluminium and steel should not be imposed because the balance of trade favours the US.

“I hope next year we will resolve it. We will continue to explain our case,” Al Mansouri said, adding that Willbur Ross, Secretary of Commerce in the US, confirmed to look into the issue of aluminium and staff tariffs imposed by the US on imports from the UAE.

Bilateral trade between the UAE and the US amounted to Dh90 billion in 2017 with Washington DC enjoying trade surplus of Dh57.62 billion.

The UAE had earlier asked Washington to exempt it from US tariffs on aluminium and steel and believed it had a strong case. The US President Donald Trump had threatened to impose import tariffs of 25 per cent on steel and 10 per cent on aluminium.

Juma Al Kait, assistant undersecretary for foreign trade affairs at the UAE Economy Ministry, had earlier said that there was an open dialogue with the US government.

“We think we have a strong case to be exempt. Demand in the US market is high for high quality aluminium,” Kait said.

Trump has been imposing tariffs on imports from foreign countries, especially China, which resulted in major trade war between Washington DC and Beijing. So far, the Trump administration has so far levied tariffs on hundreds of billions of dollar worth of imports from China, which some analysts believe that it will result in slowdown in global economy and demand for oil worldwide.

Monica Malik, chief economist, Abu Dhabi Commercial Bank, said deepening trade tensions between the US and China remain a risk for the UAE’s non-oil sector in 2019.

“We see external risks rising in 2019 with the increasing trade tensions between the US and China, the stronger oil price, and the expected slowdown in global growth. We expect to see global growth slowing moderately next year, largely on the back of weaker US and Chinese expansion,” she said.

Ehsan Khoman, head of research and strategist for Mena at Japanese bank MUFG, believes the Gulf region will be indirectly impacts from the protectionist policies.

“The large state steel and aluminium producers in the region will be impacted by the imposition of US tariffs at the rate of 25 per cent on steel and 10 per cent on aluminium imports,” he said.

MR Raghu, managing director, Marmore Mena Intelligence, had said as the impact of the trade war to the GCC region will not be direct in nature, the GCC countries can do very little on its efforts to protect their economic interest.

Vijay Valecha, chief market analyst, Century Financial, suggested that short-term solutions for GCC governments can be relaxation of levies on businesses while long-term objective should be to direct the economy towards Asia and also move to a forex regime where the value of GCC currencies are determined by the market.