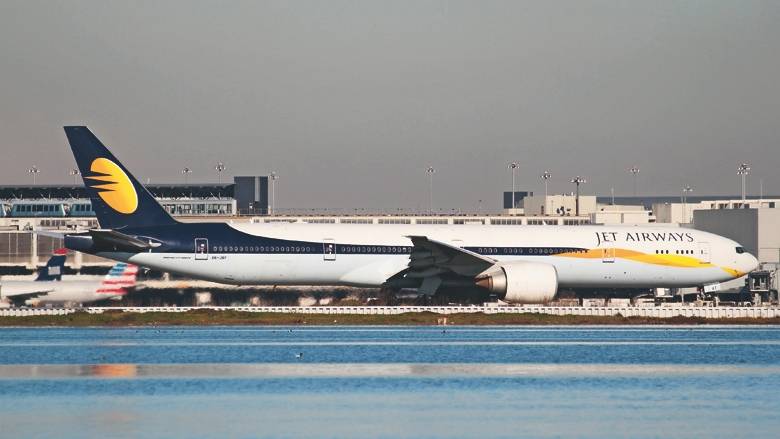 The airline had been operating 11 flights daily from Dubai and 4 flights from Abu Dhabi to various Indian cities.

Indian travellers from the UAE are hit hard as the Jet Airways woes mount up, resulting in many of the cash-strapped airline’s flights getting cancelled.

The 25-year-old Jet, reeling under mounting debts of more than $1 billion, has been forced to ground a total of 78 of its 119 aircraft after failing to pay lenders and aircraft lessors. To add to it, the April 1 deadline given by the carrier’s pilots – who had been unpaid for more than three months – is approaching and passengers are facing more inconvenience.

The airline had been operating 11 flights daily from Dubai and 4 flights from Abu Dhabi to various Indian cities. Currently the Dubai flight is reduced to one daily till March 30 and the operations from Abu Dhabi are completely suspended.

The airfares on other airlines have now moved up considerably.

Those who already booked tickets are left with no option but to check on other airlines even at the cost of cancellation and re-booking at premium air fares.

“I want to fly with my family for a vacation and even if it means paying a little more to other airlines, it is fine. The holiday plans cannot be altered and uncertainty on travel plans is better to be avoided. We have now shifted to Emirates and SpiceJet,” Bijay Rajnikantt Shah, national director, BNI UAE, told Khaleej Times.

Himanshu Sampat, business head UAE, Cox & Kings Tours, said: “Travellers who have booked their tickets with Jet are left with two choices; either claim for the refund or opt for alternative flights provided by the airline. Travellers who are planning their journey are opting for alternative airlines by not taking any chances. Travel towards India would become more expensive as supply will be impacted with the cancellation as Jet Airways had great frequency of daily flights to different parts of India. Currently, business travellers are opting for full cost national carriers and travellers looking for personal segment are opting for airlines offering best deals like Air Arabia, flydubai, Indigo, Air India and others.”

According to Krishnan Ramachandran, CEO of Barjeel Geojit Financial Services, the Jet Airways crisis has created a turbulent situation for travellers from the UAE.

“Many of the schools, especially the Indian ones, are closed for a two-three week period and families who had booked their tickets on Jet in advance are left in a quandary. The first impact will be on the cost of rebooking on other airlines, which will be much higher than their original price, mainly due to sudden demand.

“Airlines like Emirates, Etihad and Indigo are likely to benefit from this development. With the looming possibility of a strike by pilots, the crisis is likely to accentuate from April 1. There are over 1,000 flights a week between the UAE and India and the demand for seats is growing year on year. If the Jet Airways crisis is not resolved in the next few weeks, the business and tourist passengers also will be impacted, first in terms of seat availability and next in terms of price,” he said.

Vijay Valecha, chief market analyst, Century Financial, said: “The debt-ridden airline, which is facing a possible existential crisis, has approximately 40 of its aircraft grounded by leasing companies due to nonpayment of rentals. Another 35 of its planes are grounded due to technical/operation related issues. With a total fleet of 119 planes, the airline currently has an operating fleet of 40-44 planes. Threats by pilot union/ground crew to stop flying from April 1 will further complicate matters for the airline. As the Indian aviation ministry officials made it clear that getting a new player for the airline is also on the cards, keeping the existing fleet/crew active on duty is highly essential for solving the debt crisis. This is especially critical considering the fact that existing minority holder Etihad has informed the State Bank of India-led banking consortium that it is ready to offload its entire stake to the banks even at discount in order to help the airline.”

Industry views
Megha Bhalla, chief business officer, Holidayme, said: “In the short term definitely we expect impact on the pricing but in the long run we think we will see market adjusting as there are already new capacity being introduced in the market through airlines like Go Air. Middle East to India route has the entire product range available with all Middle-Eastern carriers like Emirates, Etihad, Oman, Kuwait , Gulf and LCC’s like flydubai and Air Arabia operation to multiple points, the opportunity will be for the new entrants to fill the void and capture the share.”

Hemali Shah, managing director, City One Tour and Travels, said: “The new Financial year shall not be as coherent with Jet Airways, one of the most prominent Airlines reeling under insolvency pressures. With debt over $1 B and pilots not having paid for 7 months, strike is imminent. Central lenders putting up tough conditions would only aggravate the situation. This would bring centralisation among the airlines. Tourists would be benefitted through this oligopoly and airlines increased volumes and lean operations. Etihad with 24 per cent stake in Jet Airways would have to act responsibly for tourist’s benefit and become more grounded.”