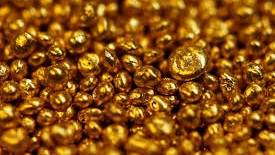 The global economic uncertainty coupled with weaker dollar and stimulus sops have triggered the rise in gold prices as investors use the safe haven hedge to protect their investments.

On Tuesday, the precious metal scaled a nine-year peak propelled by a softer dollar and expectations of more stimulus measures to resuscitate pandemic-hit economies, while silver sprinted past $20 for the first time since September 2016. Spot gold gained 0.4 per cent $1,823.29 per ounce by 0958 GMT after hitting its highest since September 2011. US gold futures rose 0.5 per cent to $1,825.50.

"Gold has gained 20 per cent this year benefiting from increased economic and geopolitical uncertainty, massive stimulus measures, low real yields, increased asset allocations, and high inflows into exchange-traded funds (ETFs). The metal remains poised to reclaim the previous high of $1920 amid a flood of easy money on financial markets and expectations of a prolonged period of ultra-low interest rates as it is widely considered as a hedge against inflation and currency debasement," said Arun Leslie John, chief market analyst, Century Financial.

"The market uncertainty on account of the current pandemic situation has made investors turn to gold which has resulted in pushing the price of gold to an all time high. The weakening of the US dollar is also resulting in pushing the gold price higher," said Vinay Jethwani- Partner Meena Jewellers.

Globally, weaker dollar was having impact on gold price as it fell to a more than four-month low versus major currencies. Against a basket of currencies the dollar made a fresh four-month trough at 95.634 and struggled for headway in the Asian session. The Japanese yen was steady at 107.21 per dollar. The euro marked a fresh four-month high and commodity currencies found support on Tuesday, after European countries agreed on a rescue package for the bloc's coronavirus-hit economies.The hard-won deal - a compromise on concerns that thrifty northern states had about handouts for more profligate neighbours - was hailed as an important signal of unity by Europe's leaders and as a foundation for recovery. It pushed the euro 0.2 per cent higher to $1.1470, its strongest since early March, although it soon retreated back to just below flat since the agreement was widely expected.

"Gold is finding its footing as the safe haven in these troubling economic times. Investors of gold are also keeping a close eye on every change in relation to the pandemic in terms of rising cases and a search for a vaccine. This uncertainty of the virus has kept gold prices at an almost 9-year high globally. The price of gold in the UAE will continue to see some changes as the US and Europe economic stimulus discussions take place later this month," said Anil Dhanak, MD, Kanz Jewels

"Gold is a safe haven, whenever there are geo-political tensions, uncertainty about the future of the economy, natural calamities or events like the current coronavirus pandemic, traders focus on safe haven assets like gold, thus pushing up the prices. There is also inflationary pressure because of the stimulus central banks around the world are pumping in to combat the expected economic downturn. US Congress will debate another round of stimulus measures and European Union members are also contemplating economic recovery plan. There are various factors at play, in the current scenario I expect the gold prices to continue to rise," said Karim Merchant, Group CEO & MD, Pure