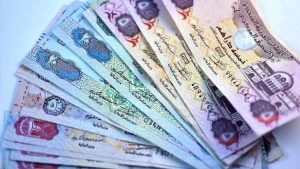 Khaleej Times – Who’ll pay the bills when you retire?

Without better planning, people outlive their savings or lower their quality of life

Around 15 to 20 years ago, an individual holding a steady 9-to-5 job, with some investments on the side, could rest easy in the knowledge that their end of term gratuity would be enough to afford them a comfortable retirement.

Experts today, however, say that this is not the case anymore, and that it is imperative for residents across the UAE to plan early for their retirement. Mercer’s recent wealth report, on how the face of retirement is changing on a global scale, noted that people expect to spend 15-20 years in retirement on average. Without better planning, many will either outlive their savings or have to reduce their expected quality of life.

“Planning for retirement is a wise and strategic decision that professionals are encouraged to take from the start of their career,” said Suhail Masri, vice-president of employer solutions at Bayt.com. “With the ever-increasing cost of living across the Mena region, the frequent career changes, and other factors that impact working professionals financially, saving from a young age is a choice that can only be associated with positive outcomes.”

Bayt.com’s ‘Salaries in the Middle East and North Africa’ survey revealed that many professionals in the region have come to realise the importance of saving for retirement, with 65 per cent of UAE employees managing to save a portion of their monthly income.

“At the same time, the UAE was ranked first regionally for its end of service benefits, where 76 per cent of respondents receive end of service gratuity, seven per cent receive pension on retirement, and six per cent receive other forms of end of service benefits,” said Masri. According to Mercer’s 2018 International Geographic Salary Differentials Report, the UAE, along with Venezuela, Angola, and Switzerland are the highest-paying locations in the world across all career levels. However, many who come to the UAE, and the region, are often unprepared for the financial demands of retirement.

A recent YouGov survey showed that, in the Middle East, only 20 per cent of participants are confident that they are saving enough for a comfortable retirement, with nine percent saying that they are very confident. In addition, 80 per cent of UAE residents believe that the end of service benefit does not provide enough funding to cover retirement expenses. Mercer’s ‘Total Remuneration’ survey painted a more worrying picture, showing that less than 10 per cent of companies in the UAE provide a savings plan to employees.

“Savings and investments should always go hand in hand, and it is extremely beneficial if people tend to learn the correlation and act upon it sooner than later,” stresses Vijay Valecha, chief market analyst at Century Financial Brokers.

“Governments around the world have either gratuity or pension schemes to help people in forced savings, which has been a great step towards employee future protection,” he noted. “These, however, are very low yielding savings and can by no means match up to inflation levels, which become a core part of a person’s life when retiring. Each individual should learn to not rely only on gratuities, but learn investments as early as possible. Early investments have compounding growth returns and bear amazing fruit over the long term.”

“Most people know they should be saving; the hard part is knowing where to start,” said Mohammed Qasim Al Ali, CEO of National Bonds. “It is not surprising to see retirement planning is a key concern for UAE residents. While people save for a multitude of reasons including weddings and travel, retirement planning is unavoidable.”

National Bonds’ 2017 Financial Planning Survey found 69 per cent of respondents in the UAE were unsure of the steps needed to achieve their financial goals. Of those surveyed, 53 per cent were most interested in receiving advice relating to retirement planning. This was the case across the four audience segments surveyed including Arab expats at 53 per cent, Asian expats at 57 per cent, and Western expats at 64 per cent. UAE nationals, however, were more concerned with advice pertaining to financial health at 48 per cent, followed closely by retirement planning at 41 per cent.