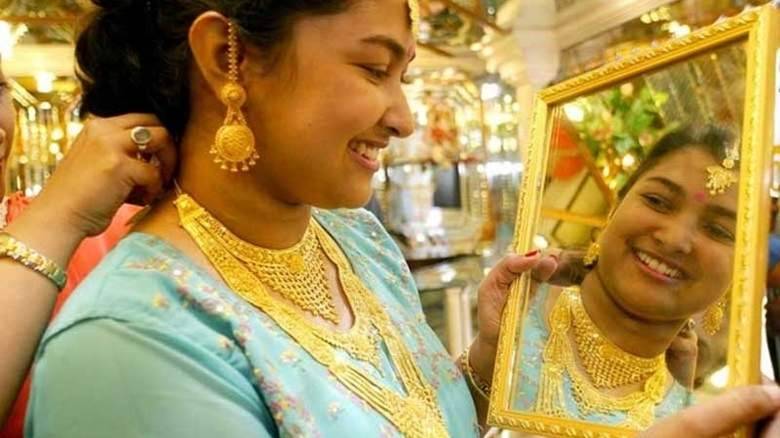 There has been a 12 percent fall in jewelry demand in the Middle East in Q2.

Be it here in the UAE or in India, gold lost shine for Indians during the second-quarter for a host of factors including the depreciating rupee, better returns on deposits due to rising interest rates, surge in Indian equities and the introduction of VAT in the UAE.

India’s central bank has hiked interest rates twice in the last couple of months, which means better profit rates for bank deposits in India. Similarly, the S&P Bombay Stock Exchange hit a record high in the last week of July at 37,336 points, offering attractive returns to investors. The rupee has also been consistently depreciating, which makes buying gold jewellery costlier for Indians. These were some of the factors that depressed gold jewellery for NRIs in the UAE and Indians back home.

Vijay Valecha, chief market analyst at Century Financial Brokers, said gold seems to be losing its shine as rising interest rates and a strong bull market in global equities means that there are better avenues for investment.

The WGC on Thursday blamed the imposition of VAT for the decline in UAE and Saudi gold jewellery sales.

Chirag Vora, managing director of Bafleh Jewellery, said there has definitely been a slight impact of VAT on the sales of jewellery.

“Indians buy gold as an investment because it is one of the most liquid assets one can hold. And 5 percent VAT reduces it attraction as an investment and hence there has been a drop in the jewellery sales. Having said that, jewellery purchases are auspicious in every Indian household and we foresee the Indian population purchasing soon during the upcoming festive months,” he said.

He revealed that overall second-quarter jewellery sales are better than industry’s expectations with the prices of gold slightly correcting and the Asian expatriate population travelling back home.

“Historically, jewellery sales are always higher from September to March due to festivals such as Diwali, Christmas and the Dubai Shopping Festival, plus the good weather that brings a lot of tourists into the country. Looking into the same, we anticipate a not-so-different trend in the coming year,” Vora added.

However, some of the major Dubai-based gold jewellery retailers claimed that they posted a stable growth in the second quarter of 2018.

Joy Alukkas, chairman and managing director of Joyalukkas Group, said sales dropped in the first quarter of 2018 due to VAT, but sales stabilized in the second.

“With respect to the second quarter, we have not seen any drop in sales. In fact, our sales are consistent and in line with last year, hence, we cannot state that there has been a drop in sales during the second quarter,” Alukkas said, adding that “the trends we are seeing is consistent with usual purchase cycle of jewellery buyers which is during key Indian festivals, when people go back home for the big break during the summer, special occasions like Valentine’s Day, etc.”

Ahamed said his company witnessed reasonable sales during the second quarter because there were many favourable factors like the Akshaya Tritiya season, homecoming period, Eid Al Fitr and tourist inflows during the summer holidays in India, among others.

Valecha forecast that the weakness in gold jewellery demand is unlikely to continue in the second half of 2018 as a rise in minimum support price of crops is likely to lead to a revival of demand among rural areas of India, which account for 60 percent of the overall demand.

“Besides, with festivals like Eid and Diwali around the corner and Indian wedding season coming up, gold jewellery demand is expected to pick up in the second half of the year.”

“The UAE Cabinet has recently announced that the tourists visiting the UAE will be able to claim a refund of VAT and once it is implemented it will have a positive impact on the jewellery sales in UAE. Overall, we expect the business to pick up by October with the onset of Diwali festive season,” he added.

In the Middle East, jewellery demand in the second quarter fell from 47.9 tonnes to 42 tonnes, a drop of 12 percent year-on-year, while global demand for gold fell 6 percent in the first half of this year due mainly to a sharp decline in purchases by exchange-traded funds.

Total global demand for gold was 1,959.9 tonnes during the first half, down from 2,086.5 tonnes in the same period last year and the lowest first-half total since 2009.

For the second quarter, demand was down 4 percent year on year at 964.3 tonnes.