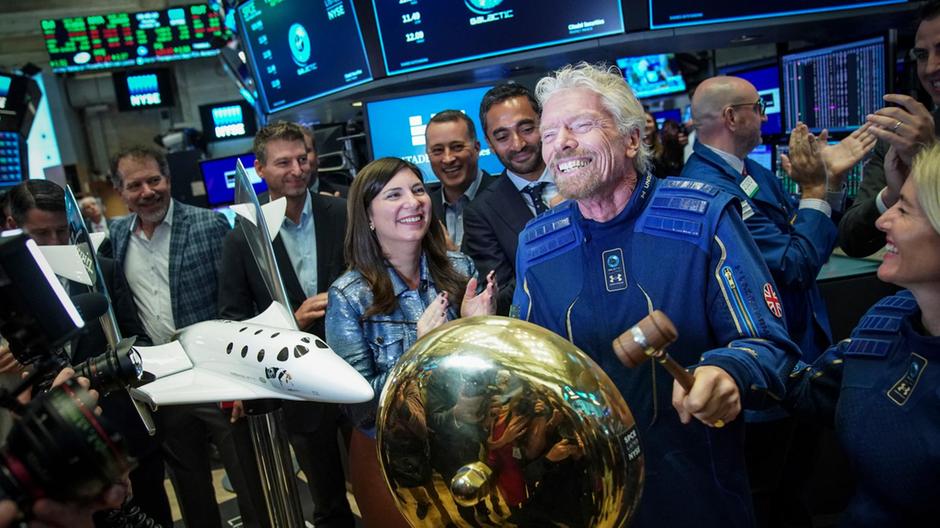 The National - Are SPACs the lucky dip of the investing world?

Today’s overheated investment world is prone to so many fads and crazes that it’s hard to keep up, and many will have blinked and missed the rise and fall of special purpose acquisition companies, or SPACs.

SPACs are the lucky dip of investing. When you buy one, you don’t really know what you are going to get, but you trust it will be something nice (and profitable).

For many investors, that was enough. SPACs were all the rage last year, attracting billions of dollars from investors. The excitement continued into February, at which point performance slumped and investors suddenly tired of their new toy.

Today’s manias go in waves. SPACs are still out there and could soon return to favour. This time, make sure you’re ready for the hype.

So what exactly are they?

When investors buy shares, they are taking a stake in a company that provides goods and services to businesses or consumers. The quality of that company can be measured by revenues, profits, valuation, dividends and so on.

The potential of a SPAC cannot be measured in the same way, because they are “cash shell” businesses that have no commercial operations at all, but have listed on the stock market anyway.

A SPAC’s sole aim is to identify a private business to acquire, which it can then merge with. This allows it to float as a publicly listed company, without all the bother and expense of a traditional initial public offering.

A SPAC is essentially a “blank cheque” company, Jason Hollands, managing director at Tilney Investment Services, says. “If you invest in its shares, you are putting your faith in its sponsors to identify a credible target to merge with at a later point.”

The action continued into this year, with a record $117bn of SPAC mergers and $35.3bn of IPOs in February, a monthly record.

SPACS were given a boost by the Covid-19 pandemic, as lockdown restrictions made it almost impossible to pursue a traditional IPO, which are lengthy affairs that include choosing an investment bank to advise on the offering, due diligence and filings, pricing and roadshows, just to name a few of the processes when a company goes public.

They are a relatively quick and easy way for a private company to raise funds, Chaddy Kirbaj, vice director at Swissquote Bank Dubai, says. “A traditional IPO usually takes six months or more, but a SPAC merger may complete in just three to four months.”

This allows investors to take advantage of today’s easy monetary conditions, Mr Kirbaj says. “The appeal to private investors is it grants them entry to the lofty world of private equity, which was formerly the exclusive domain of major financial players such as hedge funds and investment banks.”

That access comes at a price, Mr Hollands says. “The dice is loaded in favour of the sponsors who pay a nominal amount for a big slice of the shares.”

Private companies that become public via a SPAC merger have faced much less scrutiny than those that have gone through a traditional gruelling IPO. “Many are early stage businesses with short track records, so understand the risks involved,” Mr Hollands says.

What SPACs do give investors is access to capital and experienced management, Yogesh Khairajani, global market strategist at Century Financial, says. “The board will typically be high-profile personalities, with hedge fund and private equity experience, to attract investors.”

The downside for investors is that they have no idea where their money will be parked, making them speculative in nature, Mr Khairajani says. “Shareholders must participate in the roulette after considering factors such as an all-star management team, an exciting target industry and SPAC size.”

They must also navigate a worrying tendency for SPACs to recruit celebrities as sponsors, with basketball star Shaquille O’Neal, Fox network host Larry Kudlow, tennis player Serena Williams and rapper Jay-Z stepping out of their comfort zones to promote launches.

Investors should still carry out proper due diligence as much as they can because of the secrecy surrounding their operations, Mr Kirbaj says. “Examine the backgrounds and past performance of the SPAC sponsors, and the industry they’re targeting, to gauge its growth potential.”

Most SPACs set up with a particular acquisition in mind, but want it kept secret to avoid alerting rival bidders.

“Buying shares in a SPAC is a leap of faith, because you have no idea what purpose it is being created for, and what your money will ultimately go towards buying,” according to Mr Kirbaj.

Investors are not completely blind, though. “SPACs should still publish a statement of intent, which may specify which industry or region it is targeting, and name the SPAC’s founding investors or sponsors,” Mr Kirbaj says.

Anybody who has followed the ups and downs of Bitcoin, GameStop and Tesla can guess how last year’s SPAC hype ended. First, they soared. Then they crashed after posting a mixed performance. Analysis from Reuters shows that SPACs that began trading on the stock market last year have trailed the S&P 500 by 15 per cent on average.

The sector has also come under increased regulatory scrutiny, which threatens to make many proposed mergers more onerous.

“This left more SPACs chasing fewer targets and eventually triggered a sell-off, and the winter's hottest investment suddenly went cold. Once again, this illustrates how quickly volatile assets can inflict pain on traders.”

News that the US Securities and Exchange Commission is preparing tighter regulations also dampened interest, but Mr Khairajani says this could trigger a SPAC revival by reducing risk and improving the quality of management teams. “The SPAC fashion may recover and next time it could be rewarding as well as speculative.”

SPACs are far from dead. UK Chancellor Rishi Sunak is now reviewing how to introduce them into the City of London to boost tech start-ups.

The easiest and safest way for ordinary investors to get exposure is through an exchange-traded fund called the Defiance Next Gen SPAC Derived ETF. This tracks a spread of more than 100 SPACS, including DraftKings, Pershing Square Tontine, Opendoor Technologies, Open Lending and Virgin Galactic.

This is much less risky than investing in an individual SPAC but early performance has been patchy. This launched last October at $26.33, peaked at $34.87 on February 16, but dipped under $25 on June 1, below its launch price.

It is volatile, but less risky than buying individual SPACs, AJ Bell investment director Russ Mould says. “The poster child for SPACs, electric vehicle start-up Nikola Motors, known as the ‘Tesla of trucking’, fell nearly 90 per cent from its high and is also trading below its acquisition price of a year ago,” Mr Mould says.

While some SPACs may strike gold, many will buy duds or overpay given the sheer volume of activity and money looking for a home. “The more capital that is thrown at something, the lower returns. SPACs are now proving a case in point,” Mr Mould adds.

As with every hot new investment, the old rules still apply. Know what you are buying. Spread your risk. Only invest money you can’t afford to lose. And don’t take investment tips from celebrities.