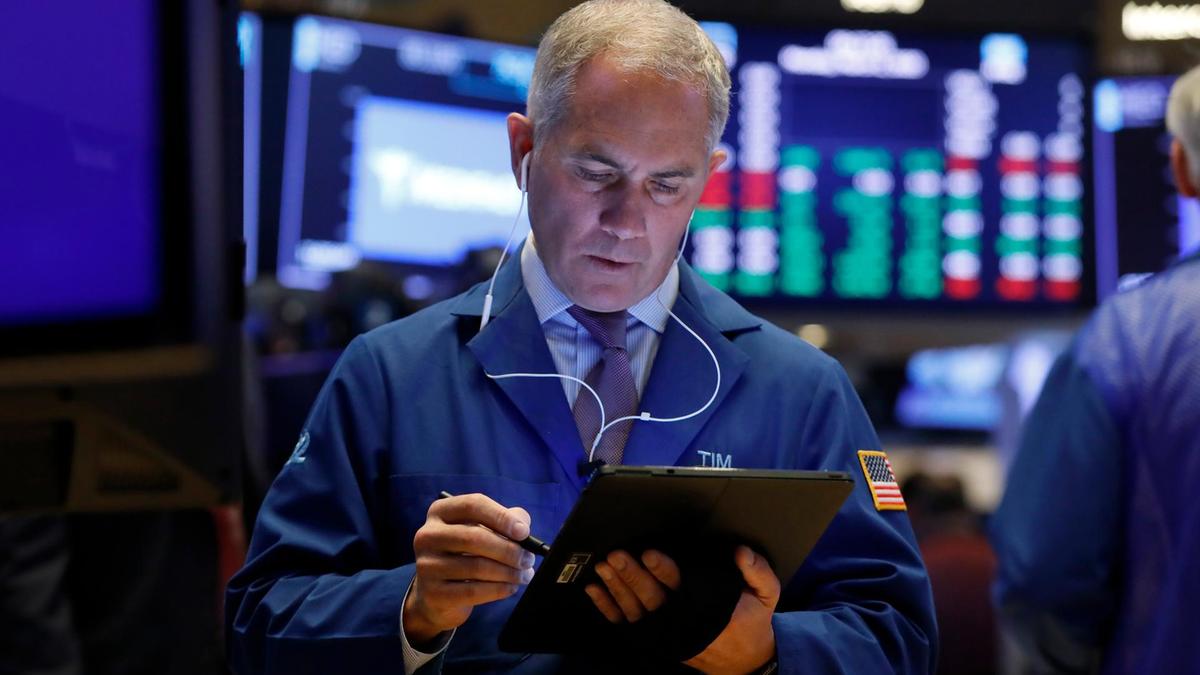 Investors pulled out some $21 billion (Dh77.1bn) from US-listed exchange-traded funds last week, as fears about the impact of the coronavirus on the global economy rattled markets, with Wall Street’s fastest-ever correction leaving the Dow Jones down 12 per cent.

The massive sell-off marked the first week of asset outflows for the ETF market this year, according to data from ETF.com. The bulk of assets came from US equity funds, led by $18.5bn in net outflows from the SPDR S&P 500 ETF Trust (SPY), which tracks the S&P 500 stock market index and is the world’s largest ETF.

Other net losers include the Invesco QQQ Trust (QQQ), which shed $1.4bn in five days of trading last week, and the Financial Select Sector SPDR Fund (XLF), with outflows of $1.1bn.

“With more than 70 per cent of US SPX 500-listed stocks going under correction, the outflows were bound to happen,” said Vijay Valecha, chief investment officer at Century Financial in Dubai.

However, Treasury and gold-backed ETFs emerged as top picks to hedge risk. The iShares seven to 10-year Treasury Bond ETF (IEF) was the most in-demand ETF last week, taking in about $1.4bn in fresh net assets.

“The sell-off seems to be more of a short term correction as markets have shown a decent amount of recovery,” Mr Valecha said. As an example, SPY has bounced back by more than 4 per cent this week, and the QQQ, which tracks the Nasdaq, is up by more than 5 per cent, he said.

Meanwhile, global stocks and oil prices extended gains on Tuesday as central banks indicated they would take stimulus measures to limit the economic damage from the fast-spreading coronavirus. Heads of the European Central Bank and Bank of Japan issued emergency statements on Monday, following one from US Federal Reserve chairman Jerome Powell late last week.

The improved sentiment helped US S&P 500 futures climb up as much as 1 per cent in Asian trade on Tuesday. However, they trimmed gains to 0.1 per cent following reports that a forthcoming G7 statement will not detail any fiscal or monetary steps to deal with the outbreak. Finance ministers from the group and central bank governors will hold a conference call at 4 pm UAE time on Tuesday.

Euro Stoxx 50 futures and German DAX futures both added 0.8 per cent while FTSE futures were up 0.7 per cent. MSCI's broadest index of Asia-Pacific shares outside Japan advanced 0.7 per cent.

“It seems the reassurance of combined monetary and fiscal measures are calming the financial markets,” said Hussein Sayed, chief market strategist at FXTM.

But the recovery may prove to be short-lived, he added.

“Until we get evidence of the virus being contained, any upside may prove to be a dead cat bounce and the markets are likely to continue heading down,” Mr Sayed said.