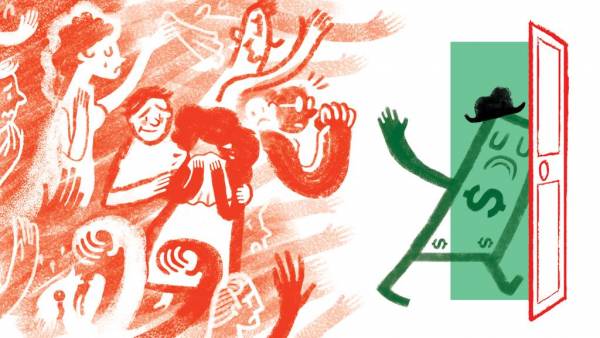 The National – How will higher interest rates affect your finances in the UAE?

As central banks ramp up the tightening process, say goodbye to cheap money and hello to higher rates

The era of low interest rates may finally be drawing to a close, and the end could arrive sooner than many people think.

Global interest rates were slashed to near zero in early 2009 as central bankers led by the US Federal Reserve battled to stave off economic collapse during the worst moments of the global banking crisis.

What was originally meant as an emergency measure quickly proved addictive, and nine years later the global economy is still hooked on cheap money. Now it could be about to go cold turkey.

The Fed started the tightening process in December 2015 but after five gentle hikes the federal funds rate still stands at just 1.50 per cent, which is incredibly low by historical standards.

The Bank of Canada has also acted, lifting rates twice last year and once in January to 1.25 per cent. The Bank of England increased rates to 0.5 per cent in November, and markets currently anticipate another hike to 0.75 per cent in May, although Brexit uncertainty could delay that.

The European Central Bank remains stuck on stimulus speed with a massive bond buying programme and zero per cent rates but is expected to change direction later this year.

Years of rock bottom lending rates have encouraged a global spending spree, and heavily indebted governments, businesses and consumers could struggle if rates return to their long-term “natural” level of around 5 per cent. Even smaller increases could prove punishing.

Yet central bankers may have little choice amid signs that inflation is set to take off, dragging investors, savers and borrowers into an uncertain new world. Are you ready for higher interest rates?

Right now, inflation is the big worry. Fear of rising prices was the driver behind this month’s global stock market turbulence and although investor nerves have settled, aftershocks are expected.

Inflationary pressures are now starting to build worldwide and higher interest rates are the only weapon central bankers have to combat them.

The February correction was driven by US unemployment falling to a 17-year low of 4.1 per cent and wages increasing 2.9 per cent, the fastest growth since 2009. Higher than expected wage settlements in Germany also suggested that labour shortages are forcing companies to pay workers more.

That is good news for the workers after years of wage stagnation but Miles Eakers, chief market analyst at foreign exchange specialists Centtrip, says this may turbo-charge wage-driven inflation. “This could force the Fed and others to raise interest rates at a faster pace,” he says.

Higher borrowing costs could choke the US economy, with the country’s public debt recently surging past the mind-boggling figure of $20 trillion.

The yield on US government 10-year treasury bonds has just climbed to a four-year high of just over 2.9 per cent, while the dollar has dropped as investors take fright, Mr Eakers adds. “This suggests a lack of confidence in the US, which is even more worrying.”

Russ Mould, investment director at online platform AJ Bell, says that while rising inflation reflects a stronger global economy, the danger is the Fed tightens too quickly and destroys the recovery. “The Fed under new chair Jerome Powell is planning three more quarter-point rate hikes in 2018, lifting rates to 2.25 per cent, but if inflation rises even that may not be enough.”

Fawad Razaqzada, market analyst at Forex.com, says the threat of inflation and higher interest rates will be felt far beyond the US. “The ECB may have no choice but to wind down its asset purchase programme and embark on a rate-hiking cycle.”

Cheap money has driven assets such as shares and property to dizzying heights but they risk crashing if higher rates throttle today’s heavily indebted global economy. Your stock and property portfolios are in the firing line.

Larry Hathaway, chief economist and head of GAM Investment Solutions, reckons it is too early to call the end of the bull market, as global growth and company earnings continue to increase, but warns of a new age of volatility as inflation picks up.

Bonds are vulnerable because they pay a fixed rate of interest and are therefore less attractive when inflation and interest rates are rising. Stock markets should be perform better but investors will need to be selective. “We prefer shares that have the ability to beat earnings expectations, in particular companies in Europe, emerging markets and Japan.”

David Roberts, head of global fixed income at fund manager Liontrust, says the bond market is signalling a recession in the next six to nine months, and we are standing on the brink of a bear market. “The US dollar is weaker, commodities are up in value and labour capacity is scant. None of this suggests inflation is falling soon.”

After a buoyant 2017 when global stock markets flew, you should brace yourself for tougher times ahead.

Ashley Owen, head of investment strategies at AES Investments in Dubai, says years of low interest rates has led to ballooning personal and corporate debt, which could become unaffordable if rates rise.

Ambareen Musa, founder of local comparison site Souqalmal.com, says UAE interest rates on unsecured credit decoupled from base rates long ago, with credit cards charging APRs of around 40 per cent on average. Rates on non-salary transfer loans are also high, starting at 14 per cent on average, and debt is a luxury you can no longer afford.

“More than ever you must maintain an unblemished credit report, as lenders increasingly link interest rates to customer credit scores,” she says. “The better the score, the lower the interest, and vice versa. In future, this will be the only way to secure a below average rate.”

Ms Musa says this is another reason to pay your credit card on time and stay on schedule with your loan instalments.

She points out that UAE residents face a further inflationary threat from the introduction of VAT, as well as higher interest rates. “As borrowers spend more on their debt commitments, they will be left with a lower disposable income.”

Higher interest rates are not all bad news as banks should increase the returns on their deposits and savings accounts, Ms Musa adds. “This will partially cushion the impact of higher loan rates.”

Gordon Robertson, director at Investme Financial Services in Dubai, agrees that higher interest rates should be good news for savers, though there is a downside. “The real rate of return may not be any better in real terms once you have taken higher inflation into account.”

He says sky-high APRs mean credit card debt should be avoided at any time. “Can you imagine receiving a 40 per cent yield on any investment? This is what you are losing by failing to clear your credit card. Pay it off,” Mr Robertson says.

UAE mortgage rates are tied to the Emirates Interbank Offer Rate, which has been stable for years but will steadily rise as the Fed hikes.

Mr Owen says rising interest rates will drive up mortgage rates, cool house prices and squeeze borrowers. “Anybody on a variable rate mortgage should consider switching to a fixed rate before rates start rising, or take advantage of today’s low rates to pay down their debt.”

Ms Musa agrees that home ownership is set to get more expensive. “Since a mortgage is the biggest debt commitment for most expats, even a small rise in rates can have a huge impact on the cost of borrowing.”

Given high loan amounts and long tenures in the UAE, the impact of even the smallest rate hike will be magnified, she adds: “New borrowers will face higher interest rates while existing borrowers will see their variable mortgage rates creep higher.”

Toby Johncox, principal representative of mortgage brokers Enness in the UAE, is hopeful that the rate hikes will not be large enough to deter people from investing in properties. “Tracker mortgages may get more expensive but this is a good reason for existing borrowers to consider locking into a fixed rate instead.”

Those who have a property and mortgage overseas should keep track of mortgage rate in that particular country but avoid panicking as rates remain at historic lows, Mr Johncox says. “In the UK, for example, rates start as low as 1.20 per cent. Even if the Bank of England hikes gives us two rate hikes of 0.25 per cent this year, deals should still be available below 2 per cent. For those who remember the 1990s, when rates hit 16 per cent, this is nothing.”

Faisal Durrani, partner and head of research at property specialists Cluttons, warns that many households are operating on fine margins and will struggle with higher borrowing costs. “In the UAE, higher rates may curb enthusiasm for off-plan sales, but marginal interest rate rises will hopefully allow buyers to take any increases in their stride.”

Homeowners and investors in many global markets are protected by fixed-rate mortgages, Mr Durrani added. “Global property demand continues to outstrip supply in many cities, which should sustain property values.”

In a world of higher borrowing costs, those with more sustainable levels of debt will be best placed to survive.