The National - Is it time for investors to buy bonds again? 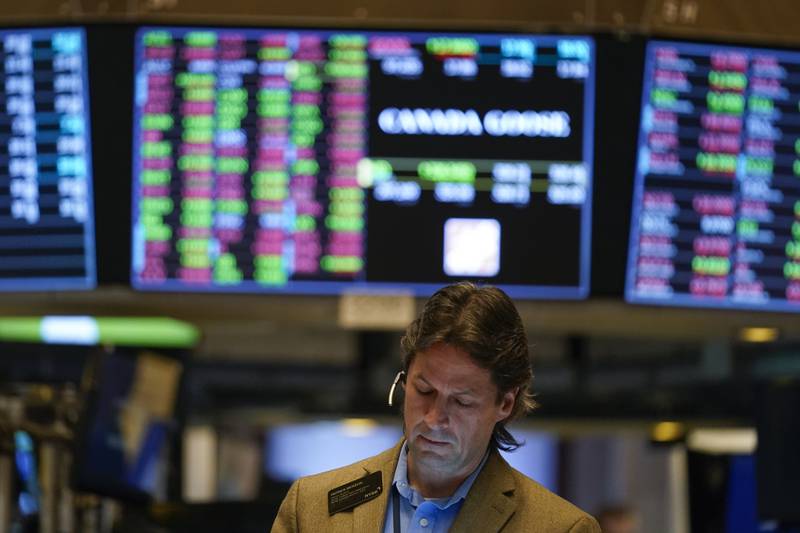 This has been a year of investment shocks, but perhaps the biggest of them all will have bypassed many private investors.

The bond market has been in meltdown, finally bringing to a close a bull run that has lasted a staggering 40 years.

What makes this particularly astonishing is that bonds are supposed to be a safe haven in a crisis. Not this year.

Independent financial advisers have assured customers that blending supposedly low-risk bonds into their portfolio balances the risks of investing in shares, as the performance of these two asset classes is not supposed to correlate.

The classic investment portfolio was supposed to have invested 60 per cent in shares and 40 per cent in bonds.

Yet, in this torrid year, both bonds and shares have fallen at the same time, smashing the 60/40 portfolio.

Forget the cryptocurrency crash and tech sell-off, this is 2022’s biggest investment shock.

It could also offer next year’s biggest opportunity.

A portfolio that invested 60 per cent in US stocks and 40 per cent in 10-year US Treasuries has fallen 15 per cent this year, its worst year since 1940, says Vijay Valecha, chief investment officer at Dubai-based Century Financial.

“Fed tightening has now put a stop to the bull market in bond prices that had been running since 1982, as investors dumped bonds based on their fear that higher interest rates will cause prices to fall.”

Joseph Hill, senior investment analyst at Hargreaves Lansdown, says 2022 could end up being the worst ever year for bonds.

“The combined impact of high inflation, rising interest rates and expectations of a recession has been devastating. The losses have been extreme, particularly for an asset class that’s supposed to offer some stability,” Mr Hill says.

As every investor knows, what goes up can come down and vice versa. The equation is a little more complicated with bonds, though.

When bond prices fall, yields — the percentage income they pay each year — rise. That’s because yields are calculated by dividing the income on a bond by its price.

For more than 30 years, central bankers have driven up bond prices and suppressed yields through quantitative easing. Effectively, they printed virtual money and bought bonds, which boosted demand and prices, and sent yields crashing.

At one point, an incredible $15 trillion worth of global bonds traded on negative yields, where investors paid for the privilege of holding them, instead of being paid.

That process has now shot into reverse as central bankers start selling trillions of dollars of accumulated bonds, boosting supply and slashing prices.

Since March, the US Federal Reserve has lifted its funds rate aggressively, from 0.25 per cent in March to 4 per cent in November.

One year ago, 10-year US Treasury notes — bonds issued by the US government — yielded just 1.35 per cent.

By early November, they had tripled to 4.2 per cent and the Fed is expected to carry on increasing into next year, says David Morrison, senior market analyst at Trade Nation.

Yet, that trend is slowing and may soon reverse. That is where the opportunity lies.

US Treasury prices may now have bottomed out, while yields have peaked, Mr Morrison says.

“Bond prices have soared over the last six weeks, while the yield on a 10-year Treasury has fallen to around 3.52 per cent,” he adds.

Markets now anticipate that the Fed funds rate could peak as low as 5 per cent next March, with the Fed potentially starting to cut rates by the fourth quarter.

Richard Carter, head of fixed interest research at Quilter Cheviot, says the bond market is now heading for another “regime shift” and the outlook for 2023 is much more positive.

“Yields have returned to levels not seen in more than 10 years and there are tentative signs that inflation, especially in the US, might have peaked,” Mr Carter adds.

This should allow the Fed and other central banks to slow the pace of rate increases and finish this tightening cycle, and Quilter Cheviot has been increasing its bond exposure in anticipation.

“Better still, bonds are paying some of the highest yields we have seen in decades.”

He warns this opportunity may not last long, with Treasury yields set to peak as markets anticipate a Fed “pivot” on interest rate policy.

“Yields generally top ahead of a Fed policy shift and fall considerably lower afterwards, as traders anticipate events,” he says.

So, by the time the Fed pivot happens, the market will have already moved.

Timing markets is always difficult and the danger is that you jump the gun, but it could be worth starting to feed some money into investment-grade high-yielding US bonds today.

Mr Valecha highlights a number of low-cost exchange-traded funds that invest in a broad range of government bonds and corporate bonds, including one of the largest of all, iShares Core US Aggregate Bond ETF.

Those wanting higher yields of up to 8 per cent or 9 per cent could consider municipal bond ETFs, which track bonds issued by states and local municipalities to finance the construction of roads, schools and other infrastructure.

As ever, spread your risk by investing across different asset classes. Next year, shares could start to recover as well.

If that happens, the 60/40 portfolio might restore its lost reputation and investors will be happier all round. That is still a big if, though.