The NationaI - Is Tesla the most exciting stock on the market, or the scariest? 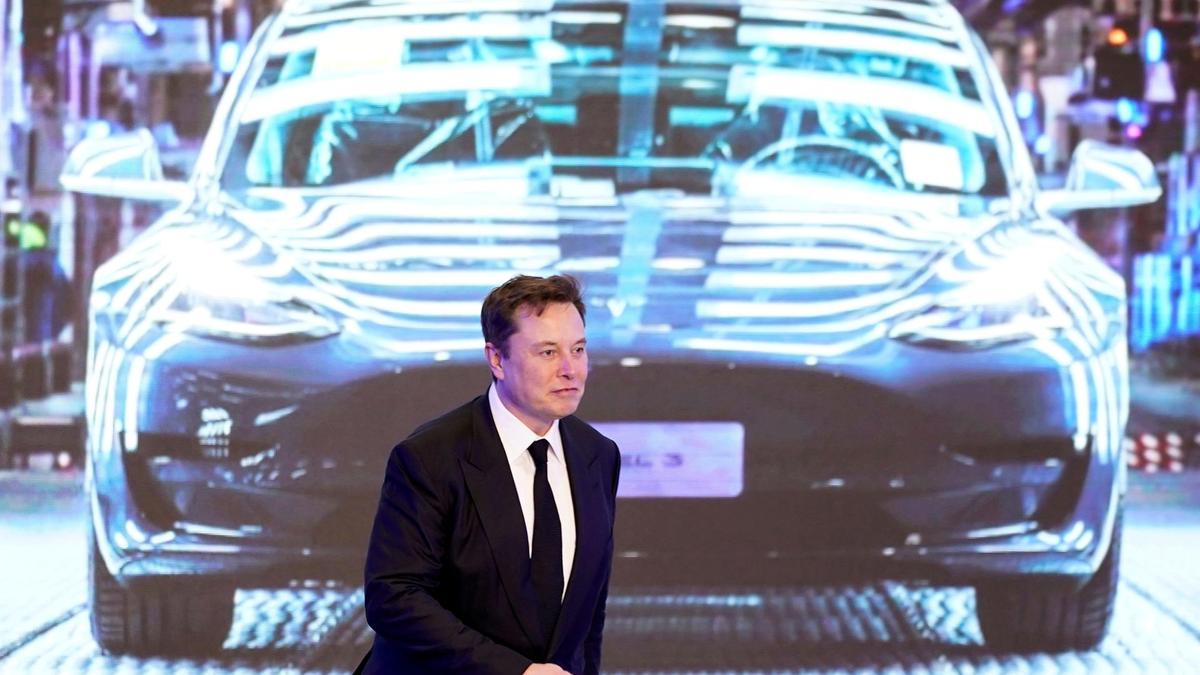 Can this even be true? The Tesla share price is up an astonishing 727 per cent, measured over one year.

It is an incredible performance by the US-based electric vehicle maker and clean energy specialist. If founder Elon Musk’s cars could accelerate as fast, they’d be a menace on the roads.

This leaves potential investors with a problem. Past performance figures like that are liable to warp judgement, whipping up fear and greed in equal measure.

Should you pile into Tesla stock in the hope that its breakneck share price performance will continue, or jump out of the way before it crashes?

The consensus in recent months has been to stand clear. The stock's valuation is incredible. At the time of writing, the S&P 500 as a whole traded at just over 31.42 times earnings, almost double its long-term on an average of 16.75. However, Tesla is trading at a current price-to-earnings ratio of 1,095 times.

Shunning Tesla has been a losing bet, though, because it has repeatedly defied the sceptics and delighted its army of fans – and it did it once again just last Wednesday.

Wall Street anticipated revenue of about $8.36 billion in its third-quarter results. Tesla delivered a record $8.77bn, up 39 per cent year on year. Analysts anticipated earnings of 57 cents per share, they got 76 cents.

The automaker delivered a record 139,300 cars for the quarter and is targeting more than 180,000 vehicles in the fourth quarter, an increase of 30 per cent.

It needs to do that to hit its ambitious target to deliver 500,000 cars this year. Next year, there is talk of 1 million deliveries.

Tesla has now posted a profit for five consecutive quarters. It has a free cash flow of $1.4bn and $14.5bn in cash. Wasn't the pandemic supposed to be for car sales?

Tesla's cars may offer a smooth ride, but its share price doesn’t. It rocketed 74 per cent in August but crashed at 13.9 per cent in September.

Vijay Valecha, chief investment officer at Century Financial in Dubai, says: “Its niche business model and Elon Musk’s colourful personality means it is not for the faint-hearted.”

Mr Valecha says investors should approach the stock with caution. "Tesla is expensive, highly volatile and the number one target for short-sellers during times of turmoil."

Saikat Kumar, chief executive of Skycap Investments, says Tesla’s success is particularly impressive given that its main manufacturing plant in Fremont, California, was shut down for six weeks during the second quarter.

However, he warns that its shares could come under further pressure once the initial excitement over its third-quarter results has ebbed.

Mr Kumar says Tesla boasts a desirable brand, industry-leading tech and fast-improving profitability, but isn’t a buy at today’s price. "It has been on an enormous run since mid-March, but looks too expensive to me."

Tesla’s cars are also expensive, but Nicholas Hyett, an equity analyst at Hargreaves Lansdown, says it has cut pricing on some of its more expensive models to hit its ambitious 500,000 delivery target.

“Teslas remain a big-ticket luxury item and selling them in the midst of a global economic downturn is a challenge,” Mr Hyett says.

Yet with Tesla beating market expectations for both earnings and free cash flow, the outlook is promising, he adds.

Tesla does not just make money from producing cars, it also profits from selling environmental regulatory credits to other carmakers.

In the third quarter, Tesla generated $397m from selling carbon credits, a rise of 196 per cent. Without those credits, Tesla wouldn't have banked five consecutive quarters of profits.

My Hyett questions whether these revenues are sustainable but add: “Investors should not overlook real improvements in operating performance."

Tesla has enjoyed first-mover advantage in electric car sales, racing ahead at a time when German car manufacturer Volkswagen was embroiled in the “Dieselgate” emissions scandal.

Despite all the excitement, electric cars still account for only 3 per cent of total vehicle sales in 2020, according to Global EV Outlook. There is a huge market to aim at, but Mr Hyett says Tesla will face stiff competition as the big car makers belatedly get their act together. “They have been manufacturing cars at industrial scale for years and could be formidable when they put their R&D budgets to work on closing the electricity gap.”

That might not be a problem if Tesla’s share price wasn’t so high. In January, its market capitalisation was greater than General Motors and Ford combined, even though the big US automakers sell vastly more cars. At the time, Tesla was worth $93bn. Its stock is up more than fourfold since then.

Mr Hyett says: “Tesla will have to sell a lot of cars and have massive eventual market share to justify its current valuation.”

Peter Garnry, head of equity strategy at Saxo Bank, says Tesla’s business fundamentals are improving considerably and it continues to lead the transition towards electric vehicles. “It's annual ‘Battery Day’ event shows that it is constantly moving the needle on technology,” Mr Garnry says.

At last year's event, Mr Musk wowed Tesla fans once again by announcing it was building a “million-mile battery”, that should be able to power an electric vehicle for more than 1.6 million kilometres.

Mr Garnry says the current valuation suggests that Tesla will become the biggest and most profitable carmaker in the future. “Investors have to decide whether they believe in this prediction or not.”

They also have to grapple with an even bigger unknown. Tesla does not just make cars, it also has an energy business, which focuses on battery storage and sustainable power generation from wind and solar. Mr Musk has predicted that Tesla Energy could be just as big as Tesla Automotive one day.

Tesla recorded $579m from energy storage sales in the third quarter, up 44 per cent year on year, and Mr Garnry says: “The energy business is a big unknown for Tesla but could positively surprise over the coming years.”

Four years ago, Clem Chambers, founder of stocks and shares website Advfn.com, was fervently tipping Tesla, saying the stock was a bet on Elon Musk’s genius. His stance has been vindicated but today he says: “Mr Musk’s genius is now fully priced into Tesla. A micro-dose of its stock in your portfolio is fine, but a big position would be extremely brave.”

Mr Chambers is already looking beyond Tesla. "When Elon Musk launches the IPO for space transportation venture SpaceX, that will be a must. But today, Tesla is a bet on the limits of genius.”