The National - Is The Great Reflation Trade Already Over? 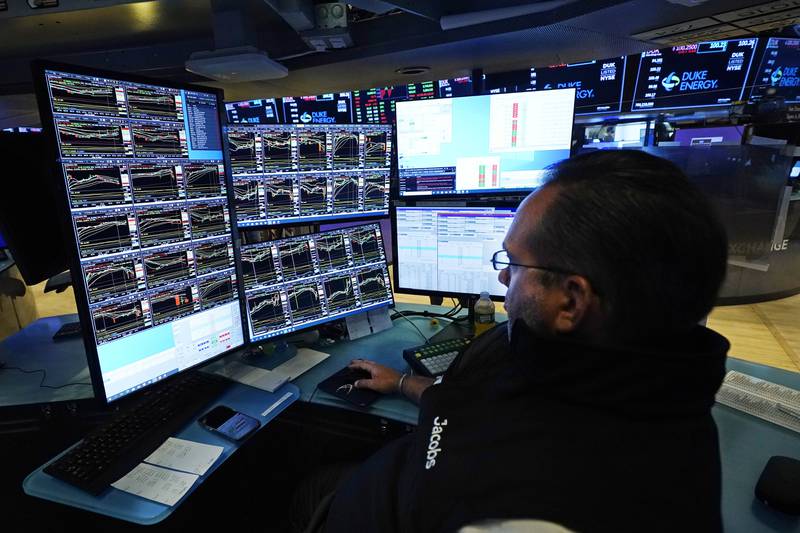 Whatever happened to the reflation trade? Just a few short weeks ago, almost every investor and analyst was getting excited about it.

The assumption was that vaccines would see off the Covid-19 pandemic, the global economy would reopen and trillions of dollars’ worth of fiscal and monetary stimulus would catch fire, fuelling the mother of all recoveries.

The world was going to reflate, at record speed, and investors piled into the companies that were expected to benefit.

Cyclical sectors such as commodities, the banking sector, energy companies, industrials and smaller companies flew to the top of their shopping lists, as these are plugged into the global economy and rise during good times.

Pandemic-stricken sectors, such as travel and leisure, airlines and cruise liners, were also expected to rebound as the world returned to normality.

Covid-era winners, such as healthcare stocks, consumer staples and utility stocks, lost their charm. Who wants to hold low-risk dividend-paying stocks when the world is reflating to the stars?

Then in early June, the excitement stopped. Investors got nervous. Stock markets slipped. Bond yields plunged. Oil dipped. US inflation came in slightly lower than expected at 3.5 per cent for June.

It turned out that the reflation trade wasn't a sure-fire bet after all.

So is this a temporary setback or could the recovery be over before it really began?

The highly contagious Covid-19 Delta variant is partly to blame, as it menaces the US and Pacific Rim countries, which thought they had Covid licked, including Indonesia, Malaysia, Thailand, Australia, New Zealand and even China. Another bout of lockdowns in the US and Asia would crush recovery hopes.

Markets assumed the Fed would not start to increase interest rates until 2024, even if the economy ran hot, but that perception shifted in June. “The Fed brought forward rate rise expectations to two increases of 0.25 per cent during 2023, and also discussed cutting its massive asset purchase programme,” Mr Owen says.

That triggered the plunge in 10-year US bond yields, which are seen as a key measure of inflation risk.

Predictions that they could soar past 2.5 per cent, up five-fold from last year’s pandemic lows, went sharply into reverse.

Markets are giving policymakers the benefit of the doubt, for now, and backing the Fed’s view that inflation will be transitory, Mr Owen says.

“I think the Delta setback may be transitory, too, as vaccine roll-out and broadening immunity keeps it at bay,” he says. “Cases may peak, but the height of its impact on global activity has passed.”

If Mr Owen is right, the reflation trade could make a swift comeback. He says another factor could power inflation. Globalisation has held down inflation for the past two decades as cheap Chinese labour and goods squeezed prices, but that may have peaked.

The pandemic has also highlighted the dangers of stretched supply chains, leading to a shift towards reshoring.

The process may already have started, Mr Owen says. The US producer price index has spiked to its highest level in more than a decade, up 7.3 per cent year on year, and this will feed through to consumer prices, he adds.

He says inflation isn't inevitable. “Output could rapidly respond to the surge in demand and keep prices in check, while demographics, digital disruption and new technology such as AI may also bear down on prices.”

However, Mr Owen says it would be complacent to rely on this. Inflation remains the main threat to the global economy.

It is hard to plan your portfolio right now, as economic expectations fly all over the place, says Arnab Das, global market strategist at Invesco EMEA. “Financial markets have rapidly repriced from reflation to inflation, then back to slower growth and inflation, in just months.”

Mr Das still believes in the reflation trade and suggests tilting your portfolio towards likely beneficiaries including cyclicals, value stocks, emerging markets and Western Europe. “Keep some exposure to short-term bonds, firms with pricing power and commodities, work-from-home stocks, and growth, technology and long-term bonds. That will give you some protection if the reflation trade peters out,” he says.

Inflation is a risk and he recommends treasury inflation-protected securities, or TIPS, a type of US Treasury bond that is indexed to rising prices.

Cyclical stocks, such as technology, commodities and particularly precious metals, are also a good hedge against inflation.

Property funds including real estate investment trusts (Reits), which own income-producing property such as offices, factories and shopping centres, can also protect against resurgent inflation.

The reflation trade is not dead but sleeping, Altaf Kassam, EMEA head of investment strategy and research at fund manager SSGA, says.

It could soon revive – and significant inflation could follow – as “restricted supply meets explosive demand”. By abandoning inflation fears, “the market is at risk of sleepwalking into complacency”, Mr Kassam says.

So what do you invest in now?

Gold is often seen as an inflation hedge and the price has dipped to $1,763 since nudging $1,900 in early June. Some may see this as a buying opportunity. Low-cost exchange traded funds (ETFs) are the simplest way to invest in the precious metal. SPDR Gold Shares and iShares Gold Trust are popular.

Commodities hold their own in inflationary times and investors could get exposure through ETFs such as the iShares S&P GSCI Commodity-Indexed Trust or the Invesco DB Commodity Index Tracking Fund.

There are TIPS ETFs, too, such as Vanguard Short-Term Inflation-Protected Securities, Schwab US TIPS and PIMCO 15+ Year US TIPS Index Fund.

The $1 trillion bipartisan infrastructure bill to update roads, bridges and broadband networks in the US could drive rapid growth, Vijay Valecha , chief investment officer at Century Financial in Dubai, says.

Copper is often seen as a play on global growth, given that it is a critical component in so many industries, and Mr Valecha tips the United States Copper Index Fund and Global X Copper Miners ETF.

Don’t give up on US tech, Mr Valecha says. He recommends the SPDR Technology Select Sector Fund or the popular ARK Innovation ETF.

Nobody can say for sure whether reflation will stage a recovery, but right now, that looks like the way to bet.