The National - Is the latest Bitcoin crash the end or just another beginning? 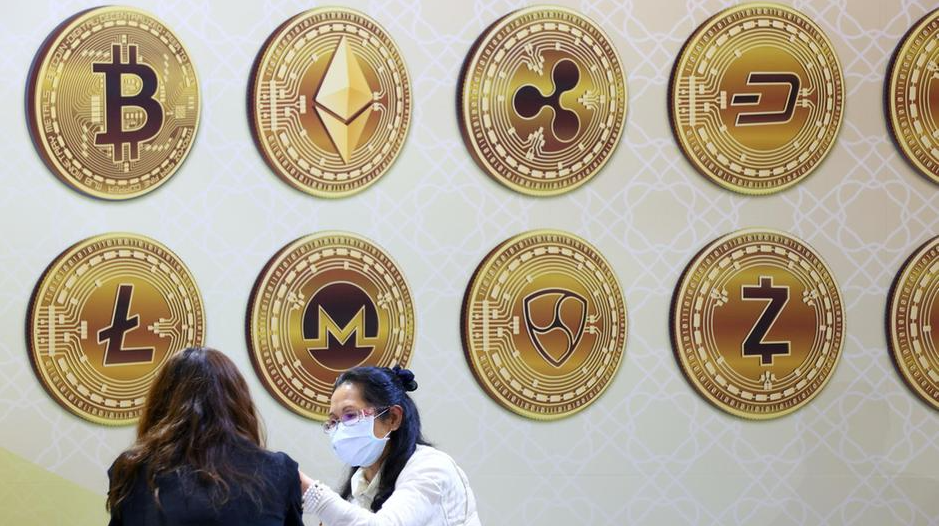 Investors who jumped aboard the latest Bitcoin price rally have learned the hard way just how brutal investing in cryptocurrencies can be.

So far, so Bitcoin. The cryptocurrency has been incredibly volatile for a decade, with quick-fire gains and losses all part of the fun.

Yet all this will come as a shock for more recent investors, who have not seen a crash in the past 12 months.

Stephane Ouellette, chief executive and co-founder of FRNT Financial, called it the first “welcome to crypto day” and said newbies had better get used to it. “The history of these assets has been littered with aggressive rallies and sickening sell-offs.”

With the price rebounding above $40,000 at the time of writing, crypto fans will tell you to buckle up and enjoy the rollercoaster. Yet the recent wipe-out wasn’t just a random event, there were clear, identifiable reasons for it.

Bitcoin and other cryptocurrencies now face two existential threats and investors need to know what they are.

First, blame Elon Musk. The crypto fan boy, serial tweeter and Tesla founder triggered the crash by reversing his February decision to accept Bitcoin as payment for his company’s electric cars, calling its energy use “insane”.

Tesla and Bitcoin were always a strange fit, given that the electric car maker is at the forefront of the clean energy revolution, while Bitcoin miners are fuelled by coal, and consume more power than Finland.

The second trigger was a regulatory clampdown initiated by the People’s Bank of China, which has banned banks and online payment channels from offering customers crypto services, although people can still hold them.

These threats come on top of previously known dangers, such as extreme price volatility, lack of regulatory protection, the threat from hackers and the fact that nobody has worked out what cryptos are actually for.

So how scared should investors be?

Mr Musk has said that Tesla will accept Bitcoin again, once it has cleaned up its act, but that won’t be easy. Sustainable Bitcoin is a long way off, although rival cryptos such as Ethereum, Cardano, Ripple and Stellar use less energy.

The Tesla reversal might scare off other corporates, as they already face increasing pressure from shareholders to meet environmental, social and governance (ESG) criteria, and facilitating crypto transactions will work against that.

The tide has turned, says Laith Khalaf, financial analyst at investment platform AJ Bell. “Tesla’s decision will give other companies the jitters about facilitating crypto payments, lest they spark an ESG backlash. The few companies that already accept Bitcoin may now be having second thoughts.”

Consumers and investors may steer clear, Mr Khalaf says. “Particularly younger Bitcoin fans who are also likely to be sensitive to climate issues. Celebrity endorsements may also dry up.”

Beijing’s hardline stance looks like the start of a concerted effort to limit the decentralised power of cryptocurrencies, Susannah Streeter, senior investment and markets manager at Hargreaves Lansdown, says.

“The US Federal Reserve has indicated that it wants tougher regulation, while the UK’s Financial Conduct Authority is warning investors they could lose all their money,” she adds.

The bigger Bitcoin gets, the tougher the regulators will become, Joshua Mahony, senior market analyst at online platform IG, says.

At its recent peak, the global crypto market was worth $2 trillion, and a crash could unleash “massive capital destruction”.

“With institutions taking a larger role in this latest bull run, the repercussions of another extended crypto-capitulation could be more widespread compared with 2018,” Mr Mahony says.

Others still believe in Bitcoin. The latest crash is typical, not fatal, Chaddy Kirbaj, vice director at Swissquote Bank in Dubai, says.

He says Chinese and US regulatory concerns didn’t stop Bitcoin from booming before, while the ESG threat has been overplayed. “The big tech firms which adopted Bitcoin, such as PayPal, haven’t changed their course, and Mr Musk remains bullish about crypto's future.”

Cheap money and low interest rates will continue to drive demand, he says, and notes that the recent drop brought out more buyers than sellers.

“Bitcoin is neither a store of value nor a hedge against inflation. However, cryptos use advanced and innovative technology that could be tradeable with better regulation, and not just avoided as regulatory bodies do now.”

Digital assets were overbought and remain vulnerable to rapid shifts in sentiment, but they still have a future, Ernst Knacke, head of research at Shard Capital, says.

“We do not believe the value of Bitcoin or Ethereum is zero. The significant correction might be an opportunity for long-term investors seeking exposure,” Mr Knacke adds.

The recent crash appears to have created a low of around $35,000, and crypto bulls will be watching to see if it can break through the $42,000 mark, Fawad Razaqzada, market analyst at broker Think Markets, says. “That would be a strong indication that a low has been created.”

“This has given private investors a lesson in how the boom-to-bust cycle can take place within a matter of hours. They now have a deep insight into how brutal these markets can be.”

He says institutional and private investors were already aware of the environmental and regulatory risks when they bought Bitcoin, and won’t change their tune now.

The regulatory threat isn’t over but will rumble on, Mr Valecha says. “The major global central banks are likely to issue more warnings about the risks following the recent bloodbath.”

This does not mean you should shun crypto altogether, but approach with caution and avoid doing something really daft, like borrowing to invest in them.

The crypto market tends to move up and down in line with Bitcoin sentiment but Mr Valecha says: “Over the longer term, tokens that actually have some use case or utility are best placed to survive, so know what you are buying.”

To further limit damage, buy on the lows not the highs. Mr Valecha says we can expect plenty of both. “In crypto markets, volatility begets volatility.”