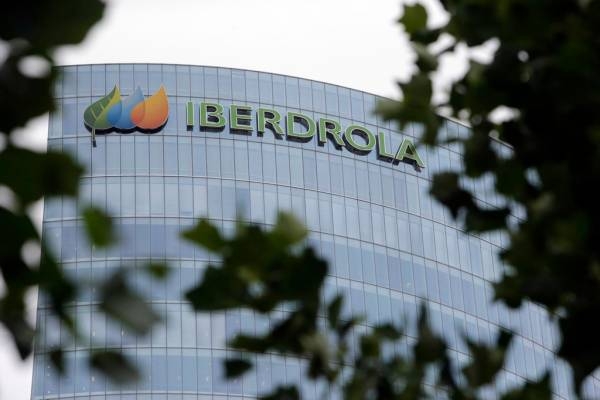 It has been a difficult year for markets and with many analysts warning the global economy is heading into a recession over the next 18 months, there could be more volatility to come. While this does not mean you should sell all your shares, it may be worth re balancing your portfolio in favor of stocks that offer defensive qualities to see you through a bear market. These are usually found in sectors such as pharmaceuticals, utilities, food, tobacco and some entertainment sectors, where demand usually remains strong even when wallets are squeezed. This partly insulates them from the economic cycle and allows them to generate consistent cash flow and dividends. The following nine blue-chip stocks offer global diversification, loyal customers and healthy dividends, just remember that no stock is completely safe. Iberdrola Vijay Valecha, chief market analyst at Century Financial Brokers in Dubai, tips Spanish multinational electricity company Iberdrola, which serves almost 32 million customers in dozens of countries. Iberdrola has a market capitalisation of $42.8 billion and owns several overseas subsidiaries including ScottishPower, Avangrid in the US and Elektro Holding in Brazil.

Its stock has climbed 8.53 per cent in the last turbulent year, according to Bloomberg, and Mr Valecha says its share price trades at 15 times earnings, the number typically seen as fair value. “It also offers a generous dividend yield of 5.34 per cent,” he says.

The stock fell 29 per cent in the past year but this means it is now trading at an attractive valuation of around 15 times earnings. “Kraft Heinz is arguably among the best-run companies in the food sector and yields 4.45 per cent a year,” says Mr Valecha.

Danone French consumer staple company Danone boasts popular brands including yoghurt Activia, Danette puddings and waters Evian, Aqua, Volvic, Badoit and Font Vella, as well as medical nutrition products including Nutricia. The $44.7bn group, listed in Paris, is down 1.5 per cent over the last year as demand for its infant nutrition products fell in the wake of the 2016 Chinese baby boom, although yoghurt sales are holding up.

Mr Valecha admires today’s valuation of 15 times earnings and steady yield of 3.02 per cent. “Its focus on sustainable and profitable growth makes it an attractive pick for defensive investors,” he says.

E.ON German electric company E.ON serves around 33 million customers in more than 30 countries, and is another defensive utility play admired by Mr Valecha. Its stock has dipped 5 per cent in the last year but this leaves it trading at a discounted price of just 6.39 times earnings. “This gives investors a huge safety margin with a yield of 3.33 per cent,” Mr Valecha says. L’Oreal Russ Mould, investment director at online platform AJ Bell, picks out French beauty and hair products company L’Oreal. “L’Oreal enjoys relatively consistent demand and lofty profit margins because of the strength of its brands,” he says. High investor demand means it shares look expensive and it currently trades at 29 times earnings. “With a yield of 1.71 per cent it will not tempt value hunters.” However, the stock is up 15 per cent in the last turbulent 12 months and rapidly recovered from October’s sell-off. “L’Oreal offers strong growth prospects and I expect that to continue,” adds Mr Mould. Singapore Telecommunications Mr Mould says telecom stocks have been “dire performers the world over” thanks to tight regulation and tough competition with Singapore Telecom no exception as its shares are trading at 2012 levels. “However, it remains Asia’s biggest mobile telecoms provider and is developing expertise in digital payments networks to complement its existing activities,” he says. The $50bn company is down 12 per cent over the past year but Mr Mould says it enjoys strong cash flows: “It yields a generous 5.74 per cent which should compensate investors as they sit out any further market squalls.” Sanofi Mr Mould also picks out Paris-headquartered multinational pharmaceutical, vaccines and consumer healthcare Sanofi. This $100bn giant trades at a forecast valuation of 18 times earnings for 2019 with a healthy yield of 3.81 per cent and the world’s ageing population should drive demand for its products. “Genomics is reducing the cost and time needed to get new treatments to market and Sanofi has a strong position in diabetes, vaccines and rare diseases, as well as emerging markets,” he says. Disney The Walt Disney Corporation needs no introduction, however, the $174bn entertainment, parks and resorts specialist’s stock has been flying lately, up 15 per cent in the last year. It recently posted record full-year group revenue of $59.4m for 2018, up 8 per cent year-on-year. Nicholas Hyett, equity analyst at wealth advisers Hargreaves Lansdown, says Disney has enjoyed a blockbuster year. After a bitter corporate struggle, it finally landed Richard Murdoch’s 21st Century Fox and recent disposals have generated the cash it needs to pursue fund its aggressive corporate expansion. Mr Hyett says it is looking to take on Netflix and has several advantages over its younger rival. “These include a back-catalogue to die for, $9.8bn a year of free-cash and some of the best copyright intellectual property on the planet.” Imperial Brands Tobacco stocks such as Philip Morris National, British American Tobacco and Imperial Brands have traditionally been considered some of the most defensive of all, given their dependent customer base. However, they have been squeezed by a health and regulatory onslaught, particularly in the West, and this continues with a recent announcement that the US Food and Drug Administration is considering a ban on menthol cigarettes. Ian Forrest, investment research analyst at stockbroking website Share.com, says Imperial Brands nevertheless remains attractive for its progressive dividend policy, and a current yield of 7.20 per cent. “The $25bn firm currently trades at 18 times earnings and is a “buy” for medium-risk income seekers,” he adds.