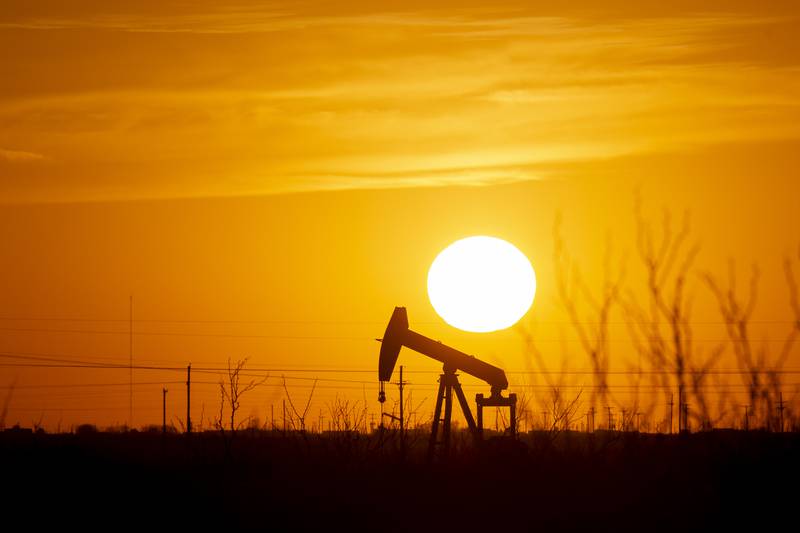 Oil prices are expected to remain above the $100 mark next week, with the possibility of further increases if the Russia-Ukraine crisis intensifies.

Prices are up almost 100 per cent since last year and touched 14-year highs after the US and the UK announced bans on Russian crude and gas imports.

They eased after the UAE said last week it was in favour of Opec+ increasing its oil production at a faster pace than its current monthly target.

“For the week ahead, oil prices are likely to consolidate on the downside with support seen in the $100-$102 zone for WTI and $104-$105 zone for Brent. Any new conflict news on the Russia-Ukraine geopolitical front could likely see panic buying frenzy in oil prices back in action,”Vijay Valecha, chief investment officer at Century Financial.

The 10 per cent decline in oil prices last week can be largely attributed to traders reassessing the output supply scenario, with Abu Dhabi recognising the need for the alliance to pump more, he added.

“We’ve seen some positive moves last week and comments from the UAE in respect to pushing for higher output can only be a good thing,” said Craig Erlam, senior market analyst for UK and Europe, the Middle East and Africa at Oanda.

“And the US and others looking to strike agreements with sanctioned countries will also help alleviate some of the pressures that have contributed to oil hitting levels that many consider recessionary if maintained.”

Oil prices have rallied more than 25 per cent since the start of this year, driven by a faster-than-expected economic recovery. The commodity’s rally has also been buoyed by years of underinvestment in the energy industry after prices collapsed in 2014, which has restricted the output capacity of some producers.

The number of rigs drilling for oil and natural gas in the US rose by 13 to 663, energy services company Baker Hughes said on Friday. President Joe Biden has also urged US oil companies to increase production.

“This is positive for the overall supply-side dynamics,” Mr Valecha said.

“While the US has banned imports of Russian energy products, European superpowers are holding their cards close to their chest as they have no other alternative energy source in sight for the near term.”

Russia fulfils almost half of the European nations’ gas import requirements, with countries like Italy and Germany being especially vulnerable.

Germany is aiming to free itself from dependence on Russian coal imports by autumn and almost completely from Russian oil by the end of the year, Economy Minister Robert Habeck said.

The country sources about half of its gas and coal and a third of its oil from Russia .

“The expansion of the Southern Gas Corridor project will definitely begin, and in this direction, we have started dialogue with European countries, Western Balkan countries and other Eastern European countries,” Mr Shahbazov told Anadolu on the sidelines of a conference in Turkey.

“Russia is in a strong position and this means it will continue its war unless a diplomatic solution is achieved. This is going to keep oil and energy prices immensely fragile."

The Ukrainian crisis, the ban on Russian oil and constrained Opec+ supply, both due to the underinvestment during the pandemic and the rapid rise of demand post-pandemic, are all pressuring oil prices higher, said Ipek Ozkardeskaya, senior analyst at Swissquote.

"So the upside risks prevail, however last week also showed us that the topside potential is not infinite as skyrocketing energy prices have serious consequences in growth and demand expectations. Therefore, I believe the upside will remain limited above the $130 per barrel mark, while the $100 per barrel will be an important support to watch," Ms Ozkardeskaya added.