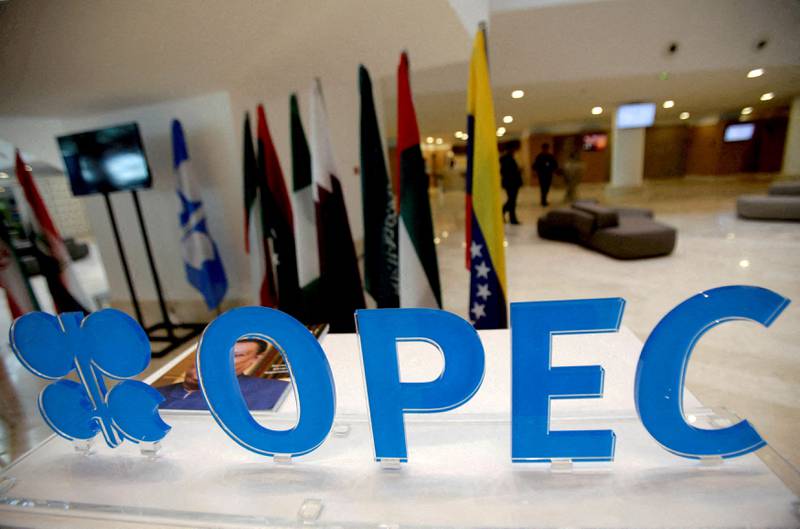 Opec+ is meeting on Thursday and is expected to follow its schedule of moderate crude supply increase in June.

Opec+ is convening online on May 5. Led by Saudi Arabia and Russia, the group brought the scheduled 432,000 barrels per day of crude to the market in May, according to its new higher baseline levels for several producers in the alliance. This is about 30,000 bpd more than what had been the monthly target since the third quarter of last year.

As uncertainties abound, the group in the short term is likely to stick to its schedule of output increases.

“We expect Opec to stick to its planned monthly output increase given the lack of clarity at this point on the loss of demand for Russian crude and the diminishing global spare capacity,” said Monica Malik, chief economist at Abu Dhabi Commercial Bank.

“Notably, global oil demand fell moderately below supply in March with the Covid-related lockdowns in China.”

For several months, the Opec+ alliance has worked to bring back 5.8 million bpd in an effort to restore supply that was greatly reduced after the onset of the Covid-19 pandemic in 2020. The alliance achieved a historic reduction of 9.7 million bpd between May 2020 and July of last year.

But now its task is becoming harder as it needs to decide on the amount of barrels it should bring to the market amid a softening global economy due to the Russia-Ukraine crisis and pandemic-related curbs in China that are derailing economic momentum in the world’s biggest oil-importing country.

In April, the International Monetary Fund lowered its growth forecast for the global economy to 3.6 per cent in 2022 and 2023, revising it down 0.8 and 0.2 percentage points from its January forecast, respectively.

The International Energy Agency also cut its demand forecast for 2022 due to slowing economic momentum and weaker-than-expected demand growth in advanced economies, especially the US.

Opec has also lowered its supply and demand forecasts in its monthly market report over concerns about the Russia-Ukraine war and lockdowns in China that could stymie consumption.

China, the world’s second-largest economy and biggest crude importer, is experiencing a wave of Covid-19 infections and has introduced strict movement curbs in major cities including Shanghai and the capital Beijing as part of its “zero-Covid” strategy.

There are currently no signs that the country is willing to ease movement restrictions that are slowing its economic momentum and adding pressure to already strained global supply chains.

“Initial indications from the majority of the Opec+ participants show that the alliance is unlikely to deviate from its status quo,” said Vijay Valecha, chief investment officer at Century Financial.

“However, the overall optimism regarding Opec+ commitment is weak as the coalition has struggled to produce to the agreed-upon levels.

“For instance, the members have been 1.45 million bpd below their production targets for March. Moreover, Opec has told the EU that it will be impossible for them to replace any potential Russian output loss.

“On the other hand, Opec+ supply shortfalls have been the reasons for the market's deficit and subsequent collective strategic reserve releases planned by the US and the IEA.”

The co-ordinated release of historic crude inventories by the agency and US and China’s consumption worries have dragged oil prices down.

Crude prices, which rose close to $140 per barrel last month after the US and its allies revealed plans to impose sanction on Moscow’s for its military assault in Ukraine, have given up most of the gains.

The risk, however, is skewed to the upside, with prices expected to shoot higher again as the EU moves towards a gradual phase-out of oil imports from Russia by the end of this year.

Even without the shock impact of EU sanctions on Moscow’s crude exports, Russian oil production has “already begun to decline as buyers dry up while production increases from others — such as the rest of Opec+ and the US — are coming on to the market incrementally,” said Edward Bell, senior director of market economics at Emirates NBD.

“We are maintaining our expectation for Brent prices at an average of $120 per barrel and WTI at $115 per barrel in Q2-Q3 when the tightness in markets will be more explicit.”

“This will add to major concerns over Opec+ plus’s ability to raise output to targeted levels, which had already been in question prior to the outbreak of Russian-Ukrainian conflict,” said Asad Khan, chief economist and head of research at Jadwa.