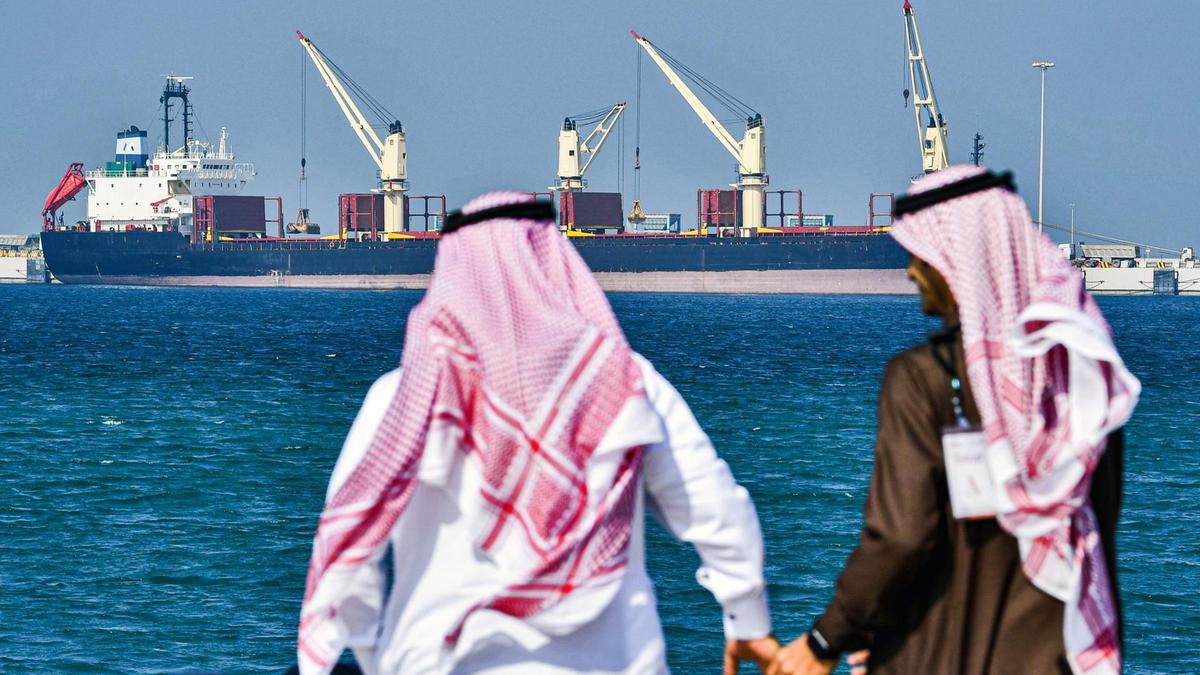 The National - Opec set for meeting this week to discuss implications of deadly coronavirus, official says

The Opec+ group of oil producers is expected to meet later this week to discuss measures that could help stabilise the global oil market, which has fallen nearly 13 per cent on worries about the potential economic fallout of the fast-spreading coronavirus.

The group, led by Saudi Arabia and Russia, is set to hold a joint technical committee meeting on February 5 and 6, a senior Opec official told The National. Opec, which is headquartered in Vienna, did not immediately respond to a request for comment.

Brent, the international benchmark for more than half of the world's oil, settled at $56.62 per barrel on Friday — its lowest since August — while West Texas Intermediate, which largely tracks North American crude grades, closed at a five-month low of $51.56 per barrel.

Opec+ began to cut 1.7 million barrels per day of output since the beginning of January, a bigger cap on production to bolster prices that remained depressed last year due to the US-China trade war as well as slowing demand for crude.

The group is currently scheduled to meet in the first week of March in the Austrian capital. That meeting, however, is unlikely to happen as an emergency meeting is instead convened later this week, the Opec official, who declined to be named, said.

Russia had earlier seemed reluctant to give the go-ahead for an emergency meeting, but now seems more amenable to bringing the meeting forward.

Opec's meeting comes amid growing fears over the spread of the coronavirus, which has so far claimed more than 300 lives. Authorities in more than 25 countries have reported 14,000 confirmed cases, higher than the number reported during the 2003 Sars (severe acute respiratory syndrome) epidemic.

Financial losses from the virus outbreak, which has its epicenter in the Chinese city of Wuhan, are mounting, with Beijing imposing a lockdown on the movements of more than 60 million people to contain the spread. However, the People's Bank of China issued a statement on Sunday saying it was introducing a number of measures aimed at supporting the country's capital markets. These will lead to about 150 billion yuan (Dh79.4bn) being injected into local money markets, according to Bloomberg calculations.

Oil markets rallied earlier this year on the back of a rise in US-Iran tensions as well as the signing of a phase one trade deal between Washington and Beijing. However, the spread of the virus in China and beyond has stoked fears of a fall in demand for crude. China is the world's biggest crude importer, and an impact on its economy will have repercussions for global growth. Already countries including the US and Australia have closed its borders for people who have travelled to China in the last few weeks.

"We see the prices [of crude] falling a further 10 per cent from here," said Vijay Valecha, Chief Investment Officer at Dubai-based Century Financial.

A drop in oil demand by 500,000 barrels per day is expected "on account of travel advisories and current lockdown in major Chinese trading hubs", he added.

At the forthcoming Opec+ meeting, the group could agree to "extend the production deal for another quarter" as the current pact expires at the end of March, said Monica Malik, chief economist at Abu Dhabi Commercial Bank. "Key members could also reduce output lower than agreed to with the Opec+ agreement," she added.

The World Health Organisation on Thursday declared the coronavirus epidemic a global health emergency but stopped short of calling for global travel restrictions. However, some commercial airlines have already curtailed flights to China, with American Airlines and Delta suspending travel until April 30. Other airlines such as British Airways, Air Asia, Cathay Pacific, Air India, IndiGo, Lufthansa and Finnair have announced flight reductions to China.

Domestic travel within China may have declined 40 per cent year-on-year at the beginning of the current holiday period, according to JBC Energy. Swiss bank Julius Baer estimated a 20 per cent disruption to air traffic for a month would reduce Chinese demand for fuel by less than 0.2 per cent.