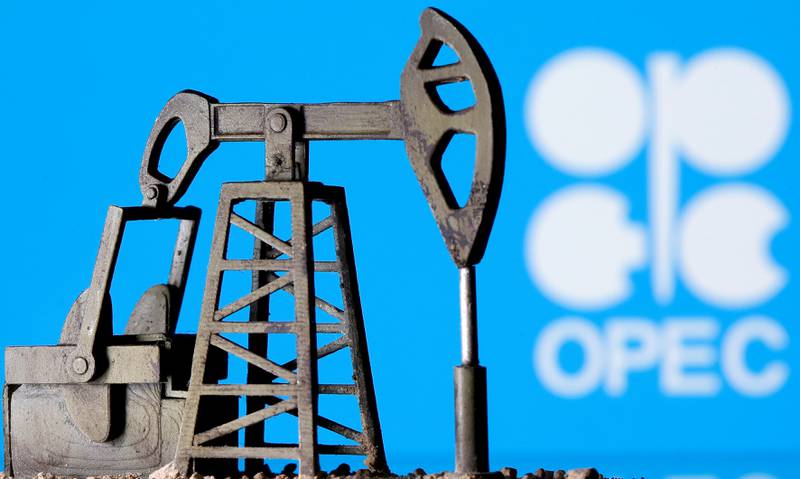 The Opec+ group of oil producers is scheduled to meet on Wednesday as crude edges towards $100 per barrel amid simmering geopolitical tension and an already tight market.

The rise in geopolitical tension over the past few weeks in eastern Europe related to Russia and the Ukraine has fuelled the oil rally. The Pentagon has placed 8,500 US troops on high alert after Russia stationed thousands of troops along the border with Ukraine.

Russia further boosted its troop presence at its border with the Ukraine over the weekend as US politicians reached an agreement to ensure legislation on Russian sanctions is passed by the Senate this week.

“In the unfortunate event of war, we expect Brent crude oil prices could breach $100 per barrel and even $110 per barrel as Russia is major oil and gas exporter.”

In early January, Opec and its allies decided to stay the course and said they will bring 400,000 barrels per day of crude to the market in February despite demand concerns owing to the increase in Omicron coronavirus infections worldwide.

The 23-member group of the oil producers has a different set of circumstances to contend with when they gather online on February 2 to access the market supply and demand.

“For markets, of particular interest would be any mention of the ongoing geopolitical conflict between Ukraine and Russia, Vijay Valecha, chief investment officer at Dubai-based Century Financial.

However, it is unlikely supply side scenarios in the extreme case of a war and subsequent oil shocks will be discussed at the forthcoming meeting, Mr Sarkar said.

Demand for crude amid continued global economic recovery has led Opec+ to steadily increase supply over the past few months. The broader market consensus is that the producer group is unlikely to deviate from its policy.

“Our base case is for Opec+ to stick to script and hike production by 0.4 million bpd for March deliveries,” said Ehsan Khoman, director of emerging markets research for Emea at MUFG Bank.

Mr Valecha agreed, saying “despite any lingering downside threats from the pandemic and hawkish Fed, Opec+ is unlikely to make any radical changes to its policy decision”.

Despite bringing extra barrels to the market crude has rallied, recording six consecutive weekly gains to trade at a seven-year high. Oil prices have already climbed more than 10 per cent this year. They rose more than 67 per cent last year amid sustained demand despite coronavirus-driven challenges.

“Markets, however, will be closely monitoring the increasing deviation between planned and actual production levels amongst the group,” Mr Khoman said.

Hitting that target may “prove a challenge given that several countries have considerably underperformed their targets recently”, Dubai’s biggest lender Emirates NBD said in a note.

Under-investment in oil and gas production over the past few years has hindered producers the ability of oil producers to increase output at short notice.

Brent may "overshoot" $125 per barrel this year and $150 in 2023, since Opec's spare capacity is below market expectations and impedes its ability to respond to high oil prices, JP Morgan said in December.

“The supply impetus that could calm markets and quell the demand for more production will need to come from Opec+ and be steered by the member with the largest spare capacity”, according to Rystad Energy.

Looking ahead, oil is set to remain in “boisterous form”, which is underpinned by a powerful bull market, with a clear upside risks to fourth quarter 2022 Brent forecast of $92 per barrel and WTI projection of $89 per barrel, MUFG said.

“The prospect of triple-digit oil prices before 2022 … is already coming into view.”